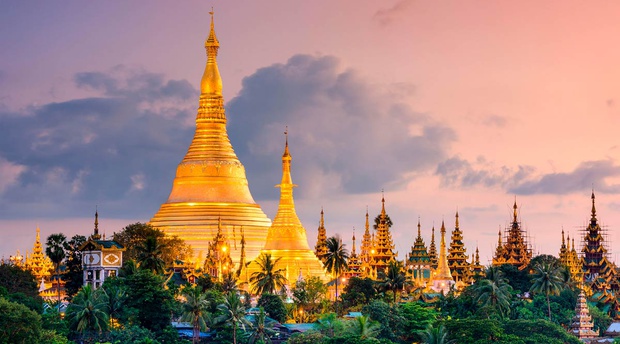 Yangon (formerly known as Rangoon) is the largest city in Myanmar (formerly Burma). Yangon is the only one city in South East Asia where could see a lot of colorful colonial buildings in one area. A mix of British colonial architecture, modern high-rises and gilded Buddhist pagodas define its skyline. Moreover, Yangon is home to the nation’s most beloved landmark, the world famous glorious SHWEDAGON Pagoda. The city was founded by King Alaungpaya of the Kone Baung Dynasty when he took the village of Dagon in 1755. He named the settlement Yangon which means ‘end of strife”. Other places of interest are: Chauk Htat Gyi reclining Buddha, Sule Pagoda and, Bogyok (Scott) Market, National Museum and Kaba Aye (World Peace) is the significant for the Sixth World Buddhist Synod which was held in its large compound in 1954. 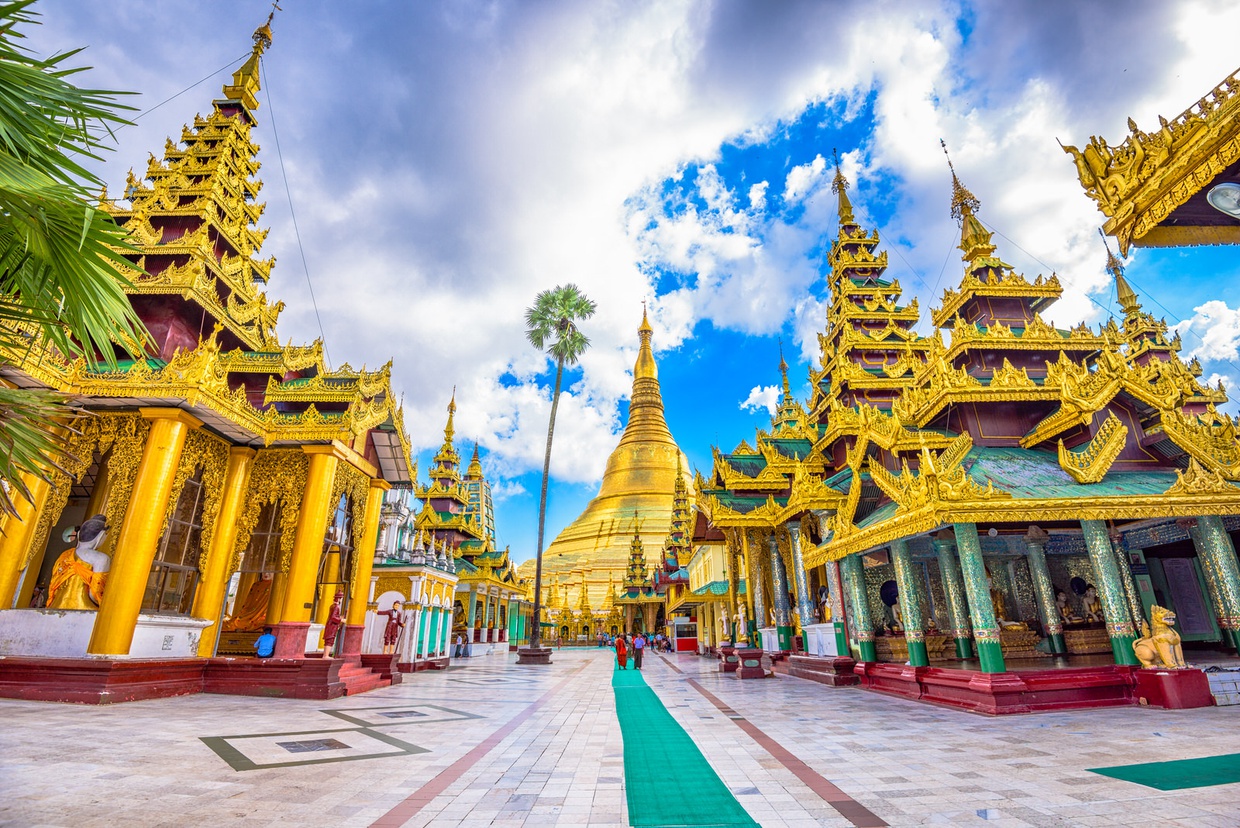 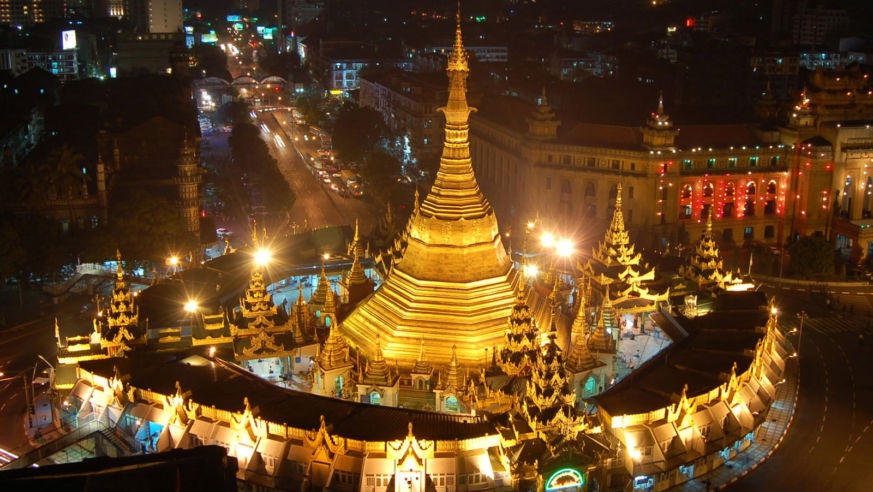 Sule Pagoda is a Burmese stupa located at the heart of Yangon and is an important place for contemporary Burmese politics, ideology and geography. Legends tell that Sule Pagoda was built before the Shwedagon Pagoda, during the time of Buddha and is more than 2600 years old. It is a part of the Yangon City Heritage List. 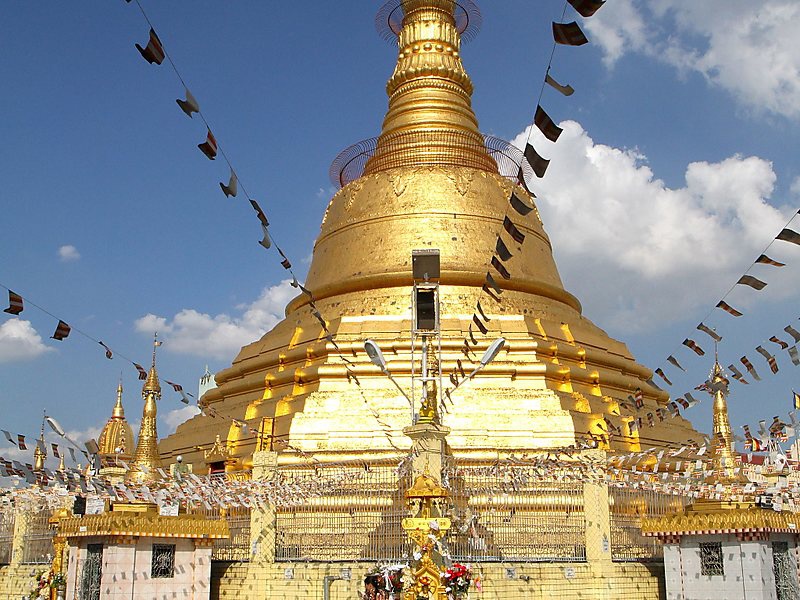 This is a famous pagoda located in downtown Yangon, near the Yangon River. It was built by the Mon around the same time as the Shwedagon Pagoda and is believed to be 2500 years old. The pagoda is hollow within and houses the sacred hair of Gautama Buddha. The pagoda was completely destroyed during World War II but later rebuilt. 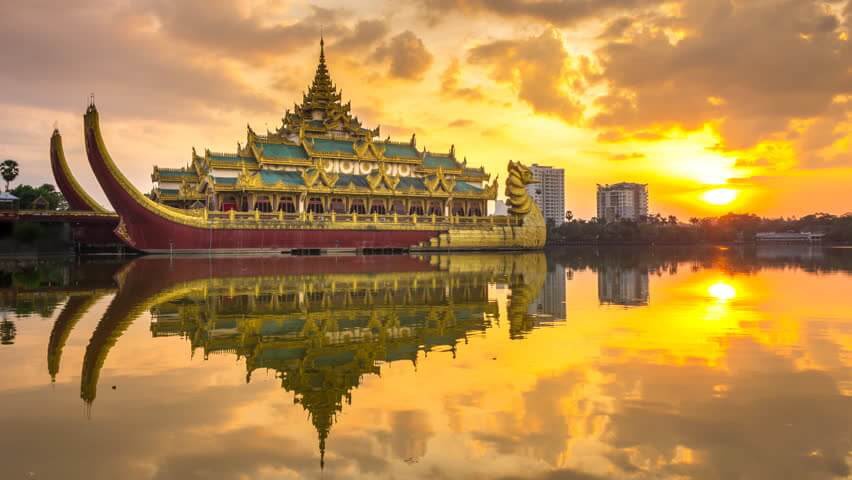 Kandawgyi Garden is a popular 260-acre park, lake and recreation area. It offers a fabulous view across the water towards the magnificent Shwedagon Pagoda, an orchid garden, a playground for children, a mini zoo, souvenir shops, many local restaurants and Karaweik Hall, an impressive replica of the royal barge where you can enjoy dinner with traditional dances. 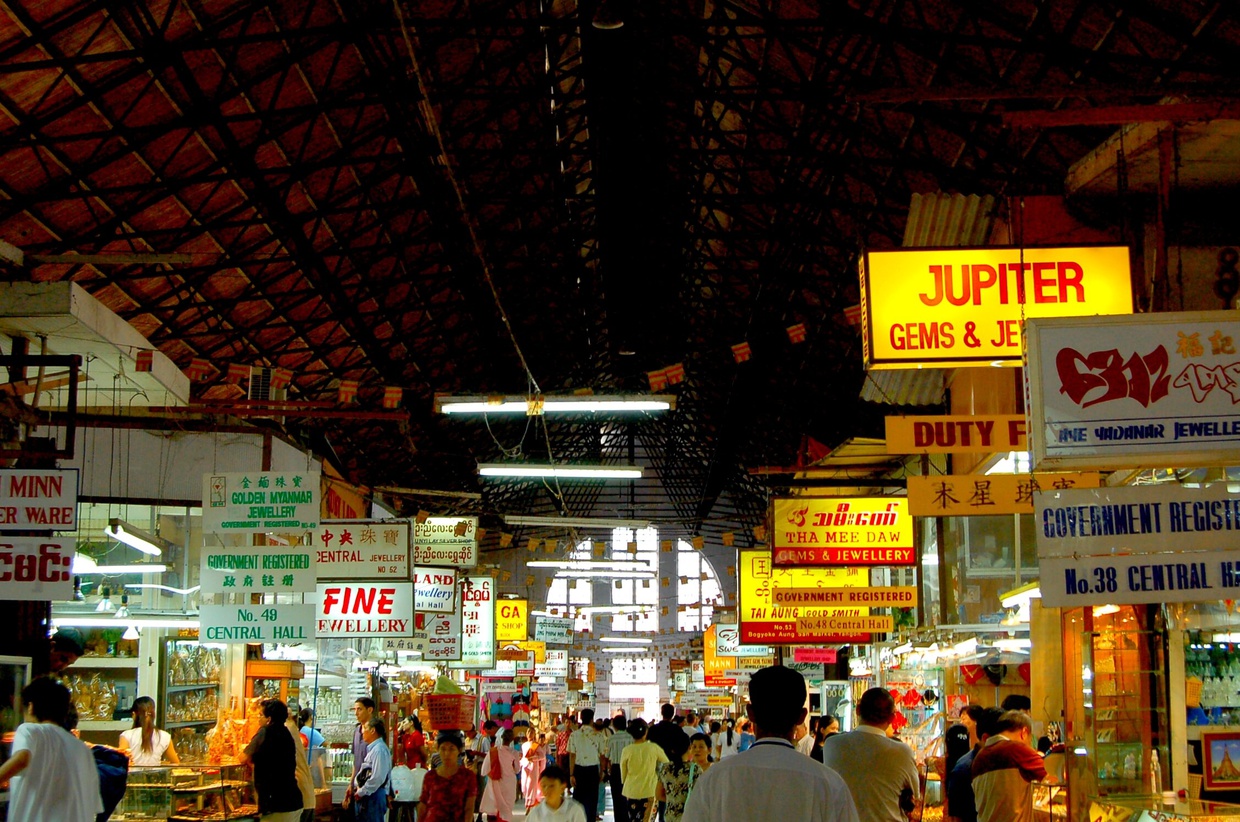 There are many markets worth visiting but the most popular one in Yangon is Bogyoke Market. With more than 2,000 shops and a big selection of handicrafts, souvenirs, clothes, gems, jewellery, antiques and art galleries, tourists can while away your time browsing, searching for that perfect gift for your family or eating at one of the many traditional Myanmar and Chinese food stalls in the market. 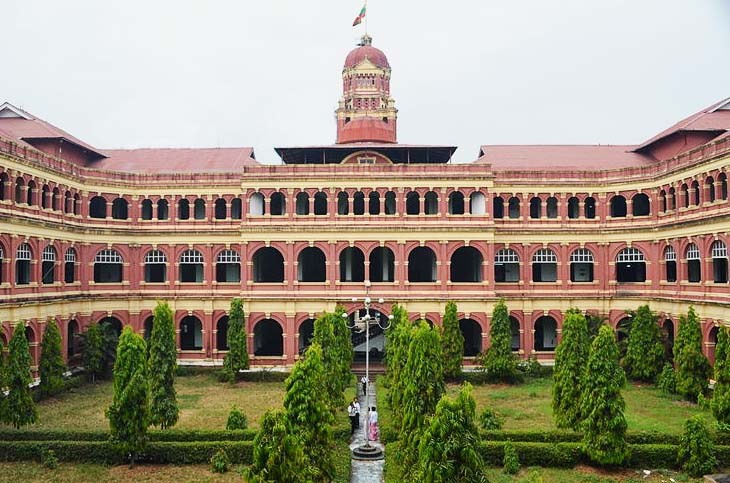 Downtown Yangon is widely thought to have the highest density of colonial period buildings in Southeast Asia. The Yangon City Heritage List consists of nearly 200 edifices including religious structures, ancient pagodas and British colonial buildings. The imposing red brick High Court, the legendary Strand Hotel, the sprawling Victorian elegance of The Secretariat and Yangon City Hall are must visit places. 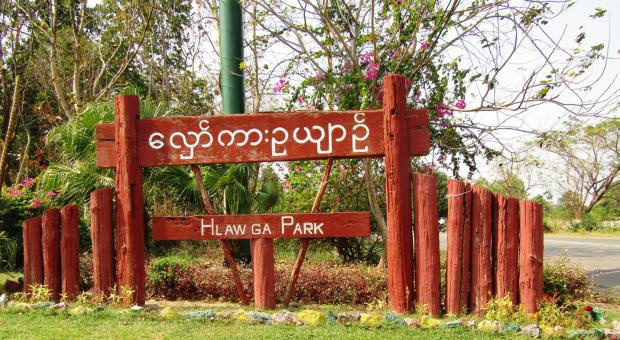 Hlawga National Park is a 1,540-acre nature reserve with a museum of replica traditional Myanmar buildings, a 62-acre zoo with a rock garden and a lake just 25km from Yangon. It was first established as an environmental education centre in 1982. It is a popular day trip destination for tourists. 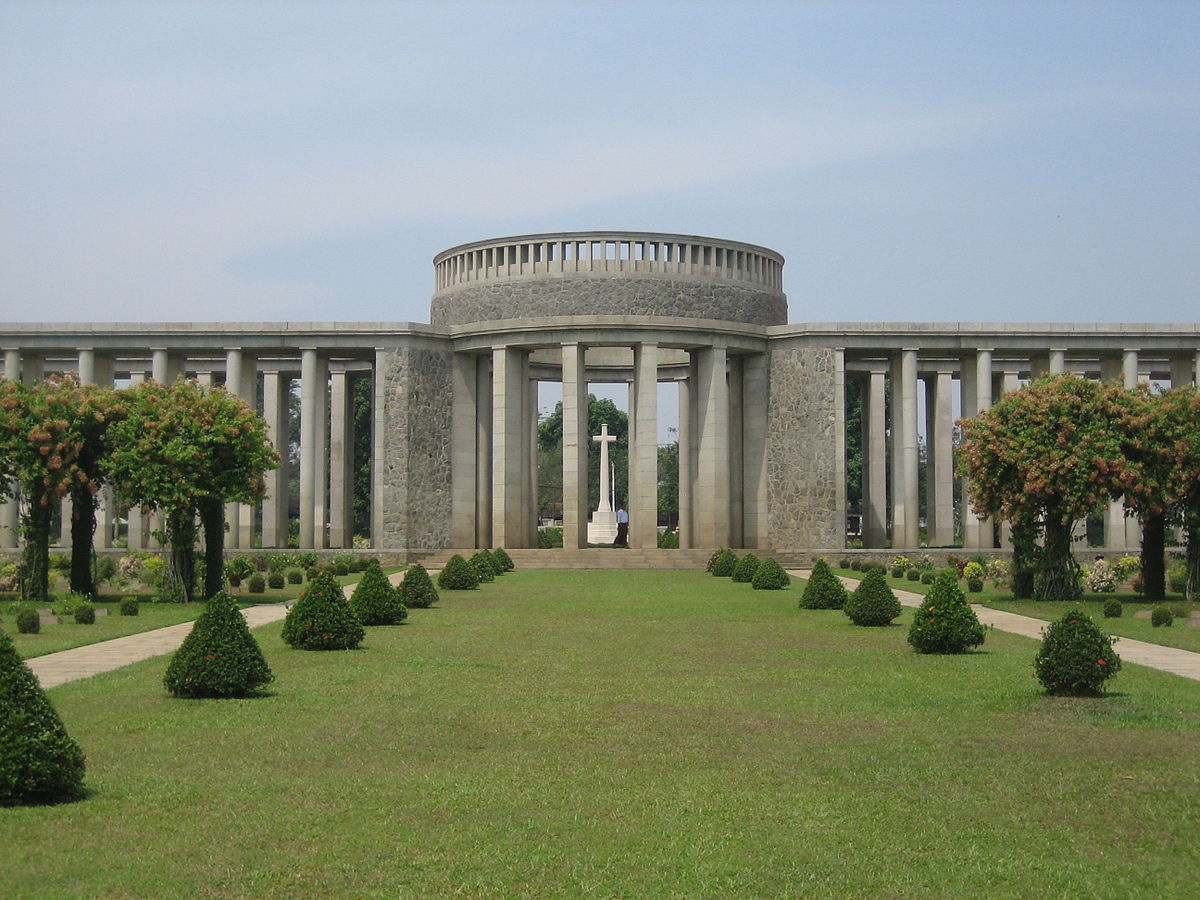 Also known as the Taukkyant War Cemetery, this place is a cemetery for soldiers from the British Commonwealth who died in the battle during World War II. The cemetery is located in the village of Taukkyan, around 25 km north of Yangon on Pyay Road. It is maintained by the Common wealth War Graves Commission.
Festivities and performing with evening entertainments such as Zat (Drama), Stage Show and Movies. 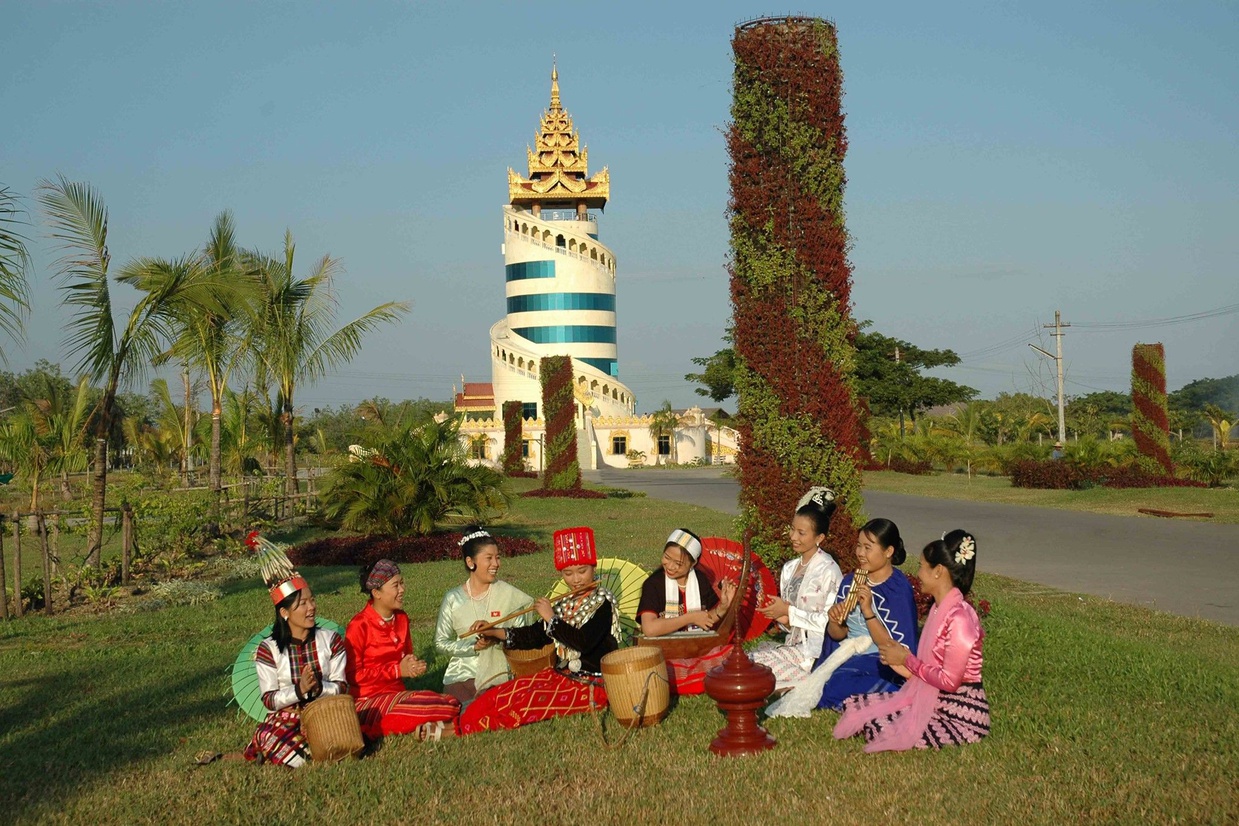 The National Races Village is situated in a lush park near Thanlyin Bridge. It has miniaturized landmarks from around the country, a playground, a lake, a crocodile farm and a bird sanctuary. Tourists can feel and experience every state of Myanmar here. Each state of Myanmar is represented here with a garden and a landmark building of that state. 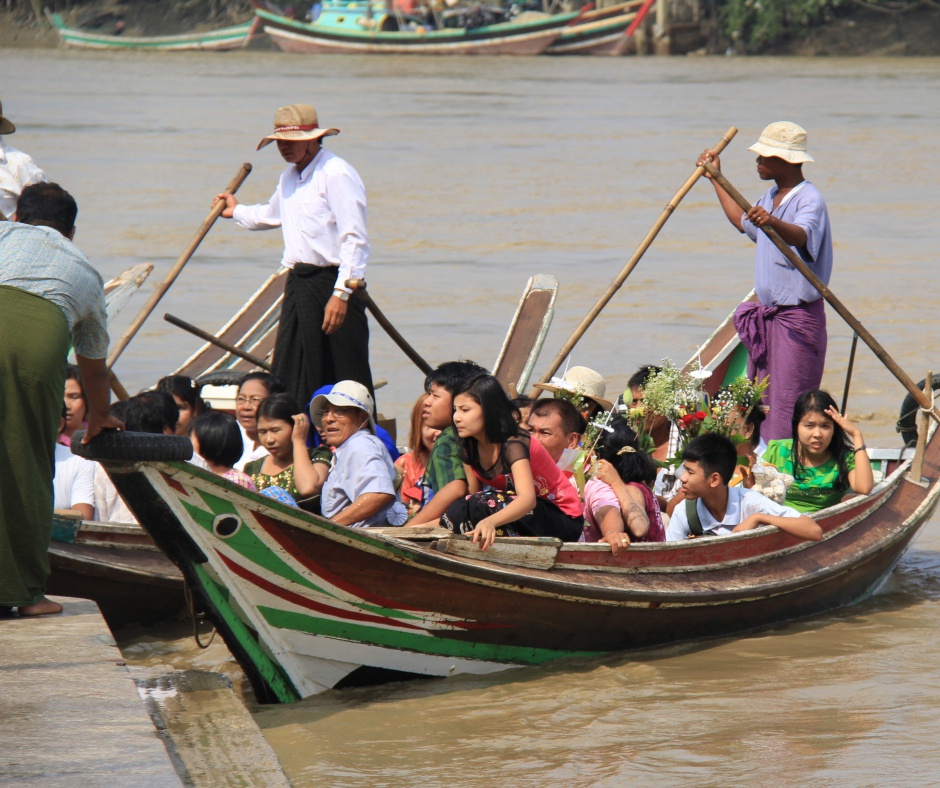 Thanlyin was a major port and previously known as Syriam. It is an interesting excursion across 1.2 mile long bridge to Thanlyin. Thanlyin is famous for the large golden Kyaik Kauk Pagoda rising on a hillock to the right road. There are the ruins Catholic Church built by an Italian Braoabite Missionary in 18th century and the tombs of two famous Myanmar poets Nat Shin Naung and Thayaza near Kyaik Kauk pagoda.

Thanlyin-Yele-Paya (an island Pagoda) is one of the holy places. It is attractive for crossing the river by boat (Sampan) in a short time. Feeding the river catfishes can be enjoyed for all. 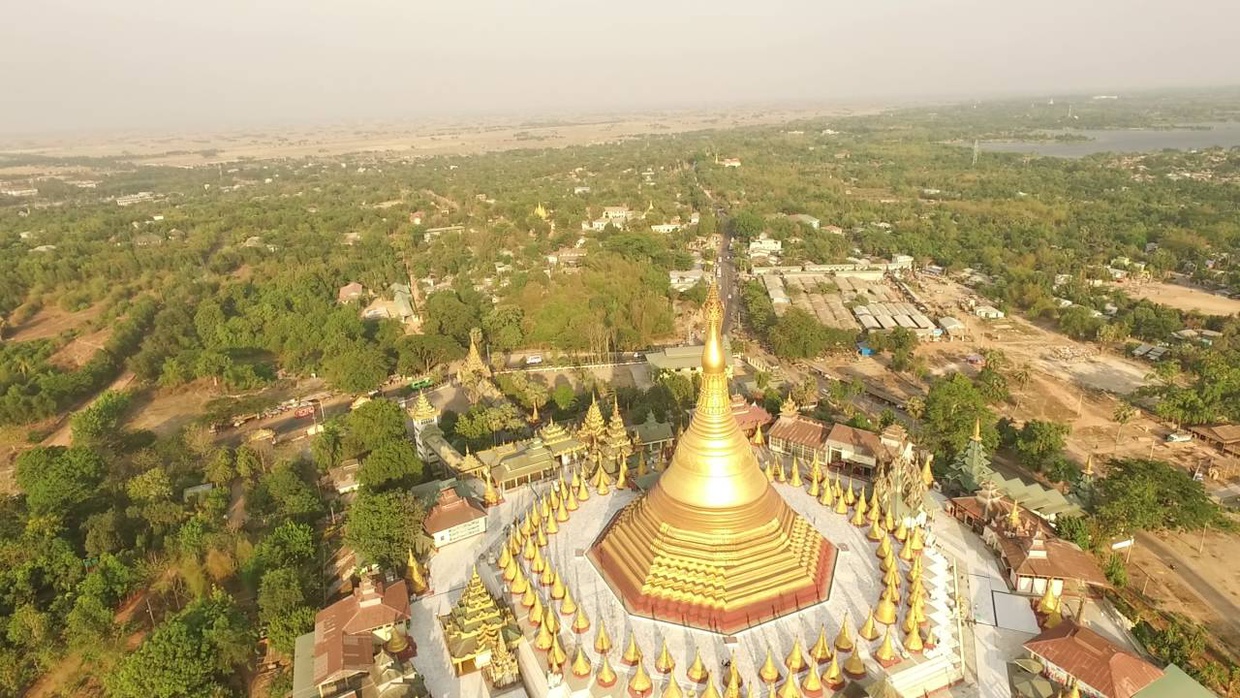 Thanlyin is a major port city of Myanmar, located across the Bago River from Yangon. The main tourist attraction in Thanlyin itself is Kyaik Khauk Pagoda. Built 2000 years ago, this pagoda has four stairways and resembles a Mon-style stupa. Thanlyin also has the ruins of a Portuguese Church built around 1750.

The Pottery Town of Twante is a township in the Yangon Region of Burma, it is located west across the Hlaing River from the city of Yangon. Twante can be reached by land or river from Yangon. It is only 15 miles away from Yangon. Twante is a centre of pottery and hand-woven cotton cloth. The streets of Twante are littered with so many beautiful pots of different sizes & shapes. It is also an opportunity to see the way of life along canal. 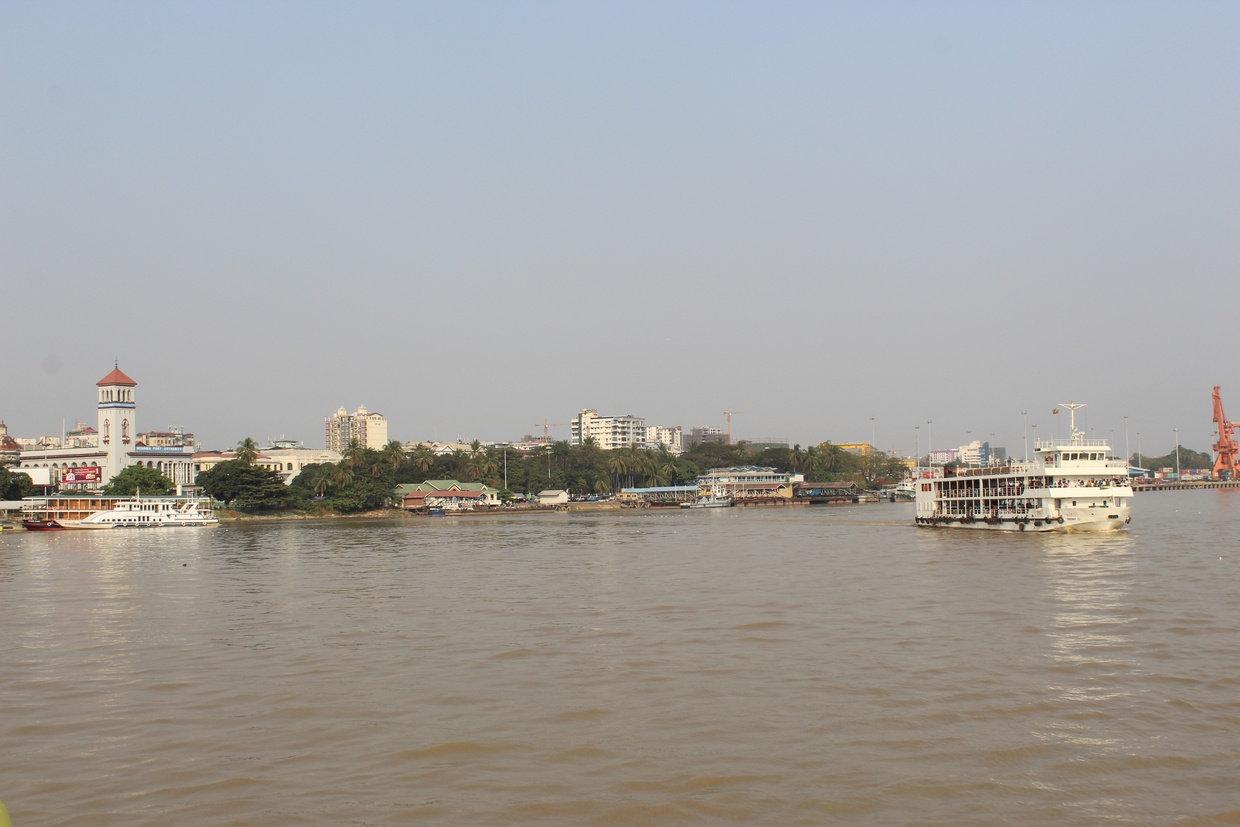 Dala is a small village, located on the southern bank of Yangon River across from downtown Yangon. The township, made up of 23 Wards and 23 Village track, is bounded by the Yangon River in the north and east, the Twante Canal in the west and Twante Township in the south. 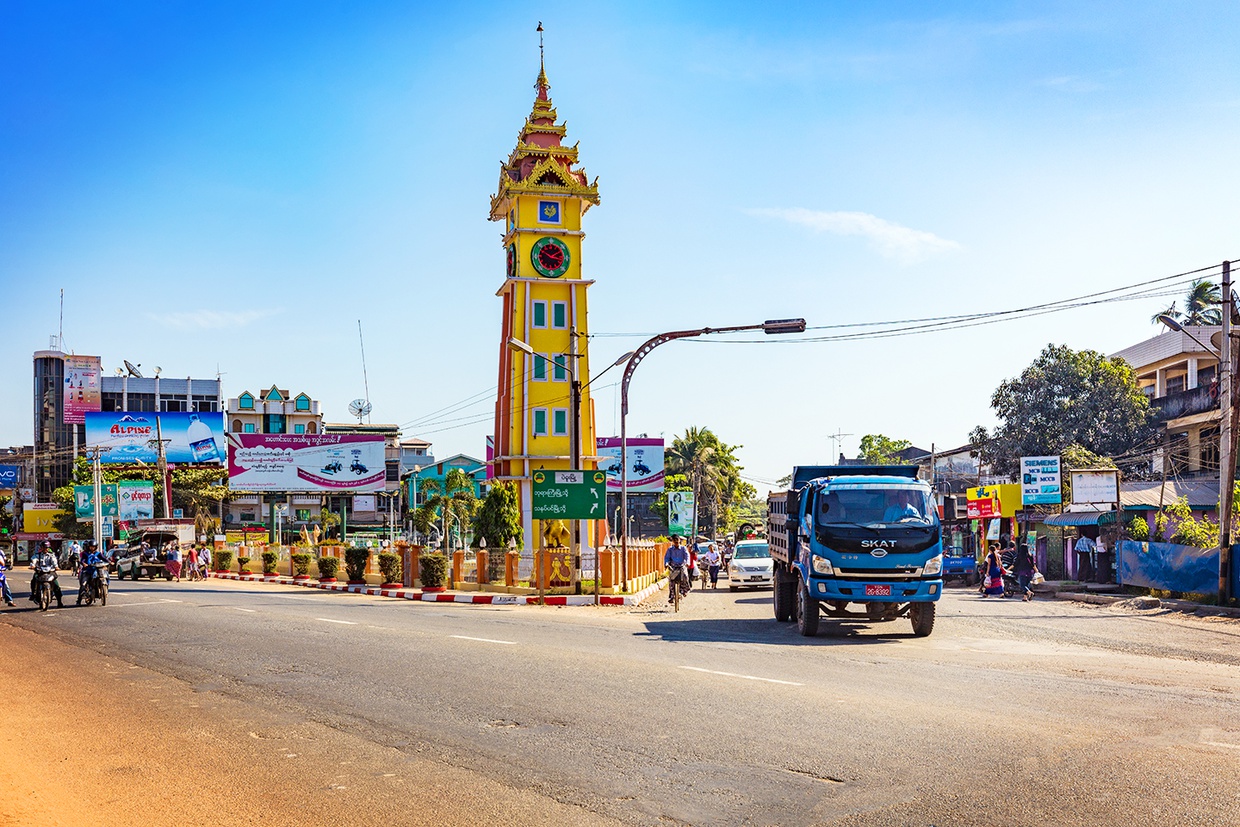 Bago, formerly known as Hanthawaddy, is a city and the capital of the Bago Region in Myanmar. It is located 91 Kilometers North-East of Yangon. Bago is one of the richest archaeological sites in Myanmar. Bago was an ancient capital of Mon Kingdom in 15th century. Shwe-tha-lyaung Reclining Buddha (55 meters long), Shwe-maw-daw Pagoda, Kalyani Sima (Ordination Hall, 28 meters high huge Buddha Image of Kyaikpun Pagoda and the Palace of King Bayinnaung are some of the places of interest. 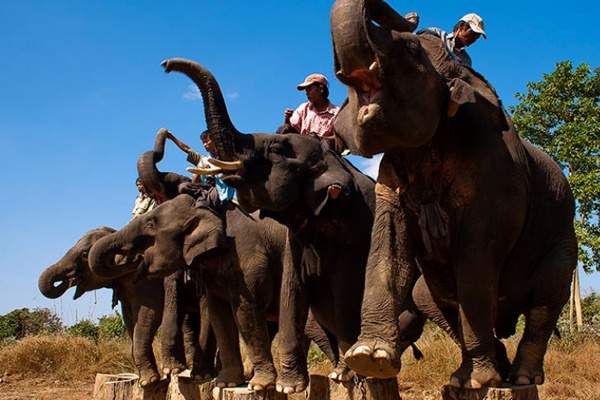 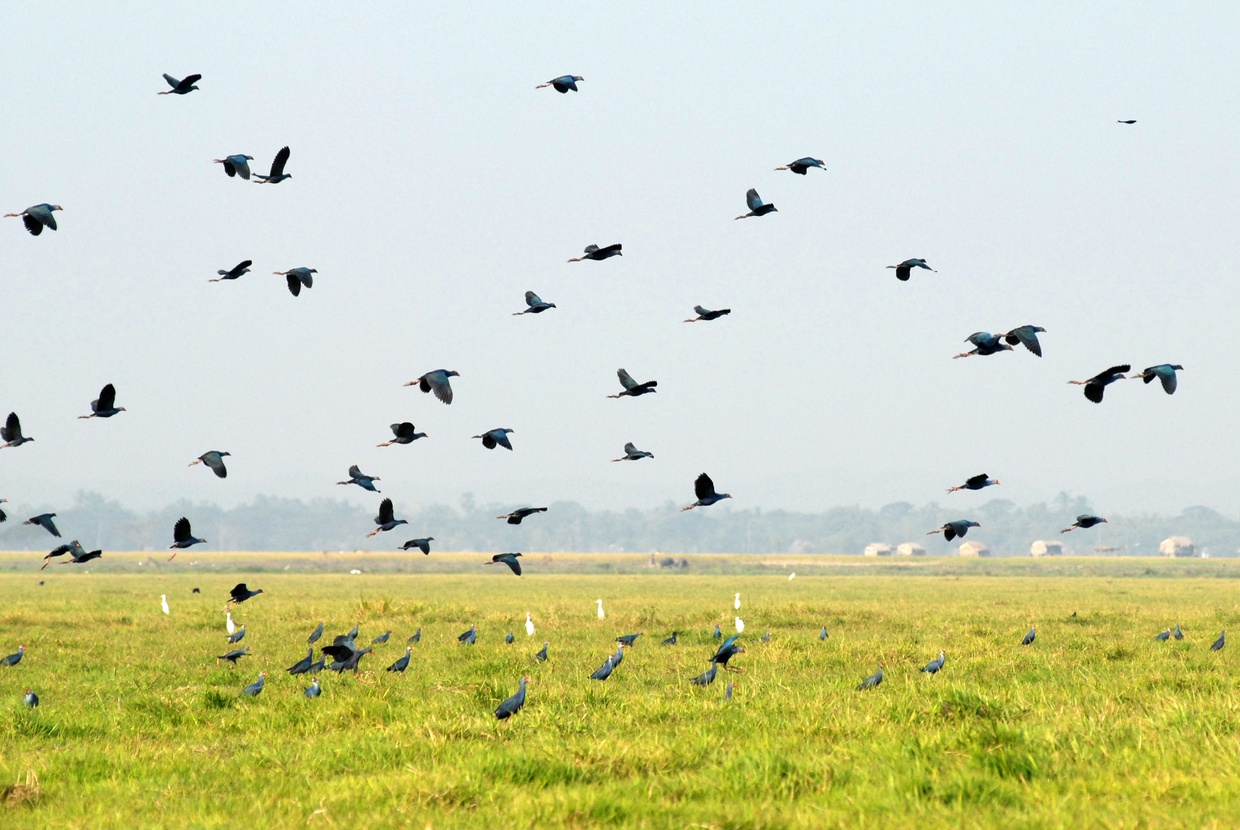 Moeyungyi Wetland Wildlife Sanctuary is a wildlife reserve of Burma. It is situated in Bago Division, about 70 miles north of Yangon, by the Yangon-Mandalay highway. It is just two-hour drive from Yangon. It occupies an area of 100 square kilometres and was established in 1986. A census at Moeyungyi revealed that there are 125 species of water birds including 70 species of migrants. Little Grebe, Purple Heron, Sarus Crane, Asian open bill, Rubby Shelduck, Purple Swanphen, Spot-Billed pelicasn, Pheasant Tailed Jacana, Black Winged Stili, Great Cormorant, etc., can be seen abundantly. The best season to visit is from November to March. In addition to bird watching, you can observe the livelihood of local populace, fauna and flora of the wetlands. 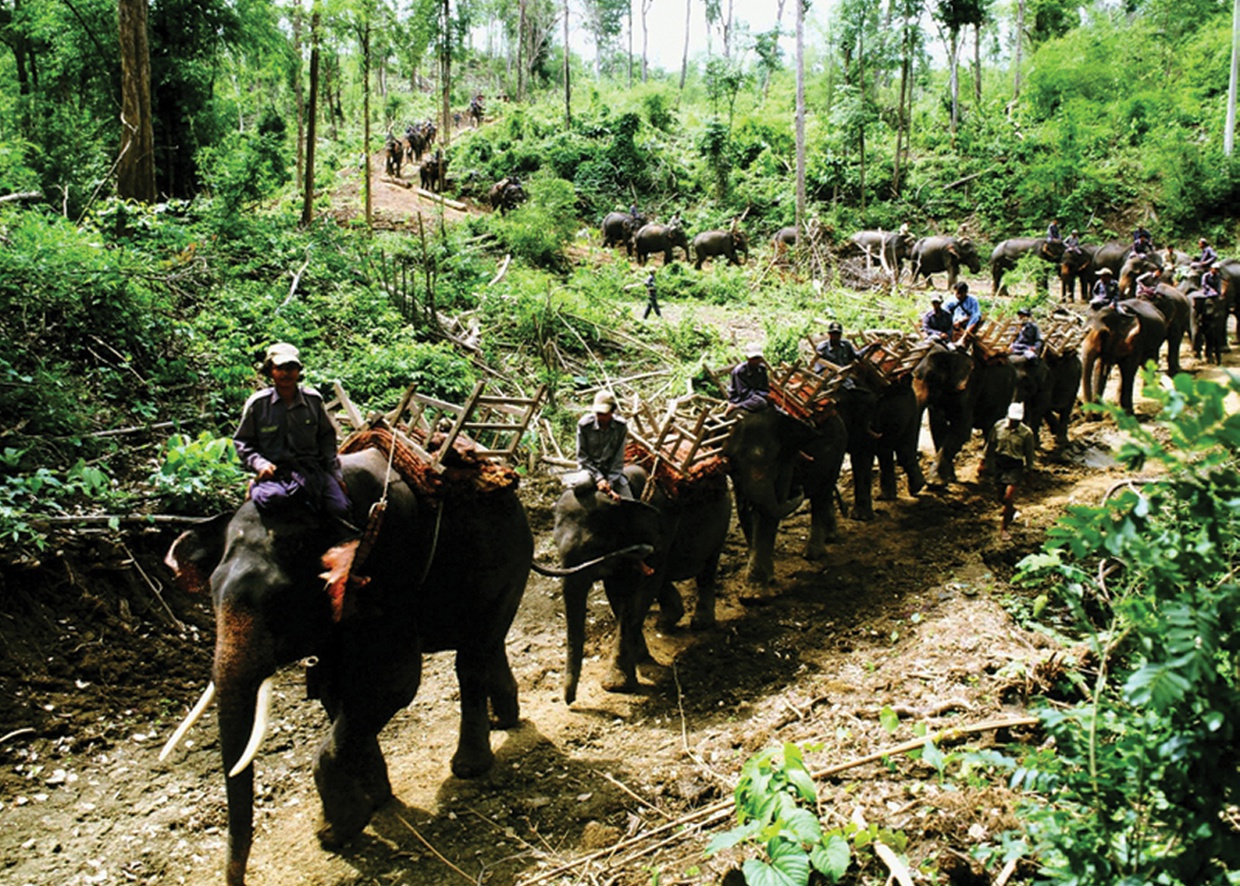 Pathein, formerly called Bassein, is the largest city and located 190 km west of Yangon. Pathein is the capital of the Ayeyarwady Region, Myanmar and the gate way to Chaungtha and Ngwe Saung beach which are 40 km and 48 km away from Pathein. It is easily reached by road or by cruise through the complex Ayeyarwaddy River. As Ayeyarwaddy Division is known as the rice bowl of the country the landscapes are predominately rice fields with other colorful crops. Pathein is well known by its production of unique parasol locally call "Pathein Hti (Umbrella)" and "Pathein Halawar (traditional Snack). 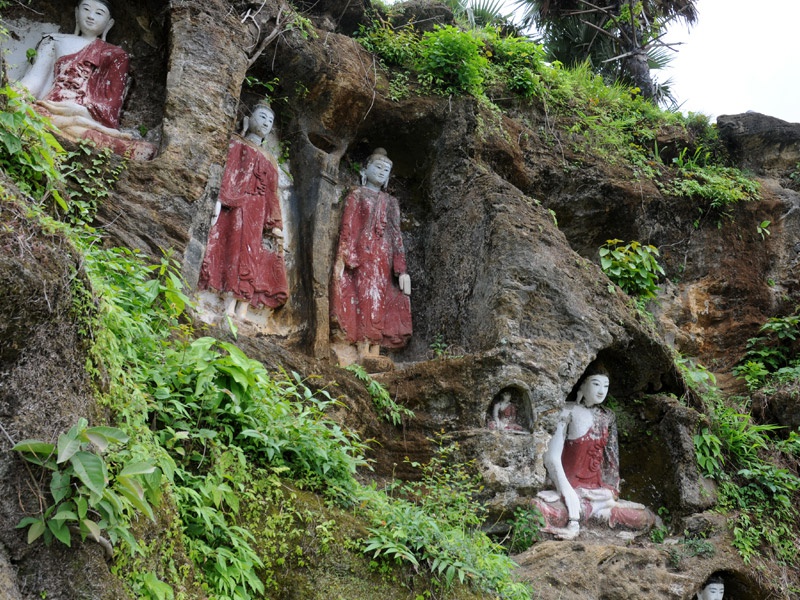 Pyay was formerly known as Prome. Pyay is an important commercial center for trade between the Ayeyarwady Delta. Central and Upper Myanmar and the Rakhine (Arakan) State. It is a city halfway between Yangon and Bagan. Visitors can stop over in Pyay and travel on to Bagan and Mandalay. Pyay is situated on the eastern bank of the Ayeyarwady River on a lovely location. Interesting Places in Pyay are Shwesandaw Pagoda, Sehtetgyi Pagoda (the gigantic sitting Buddha image), Baw Baw Gyi Pagoda, Be Be Gyi Pagoda and Payama Pagoda. Other interesting places around pyay are Ahkauktaung, Shwe Myatman Paya, Shwe Nat Taung Pagoda and Shwe Bonthar Muni. 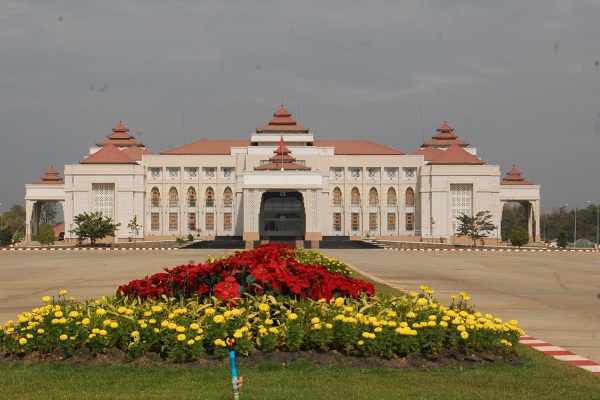 Nay Pyi Daw or ‘Abode of Kings’ has been the New Capital of Myanmar since 2005. It is also known as administrative and political capital of Myanmar. Gigantic spaces between occasional ministries, government buildings, malls and hotels are one of Nay Pyi Daw’s most striking features. Nay Pyi Taw also has a number of tourist destinations such as museums, pagodas, gardens as well as magnificent natural views which attract tourists from all over the world. 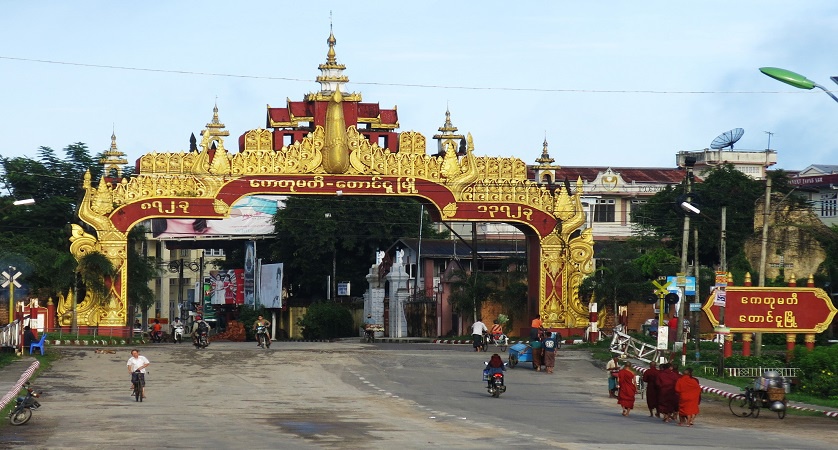 Taungoo is a city between Yangon and Naypyitaw. This town is famous because of the palm tree and also well-known among the betel lovers. It is one of the main gateways to Bago Yoma and its teak forests in which you can see how elephants work. You can easily access there from Yangon by bus and it may take around 4 hours. 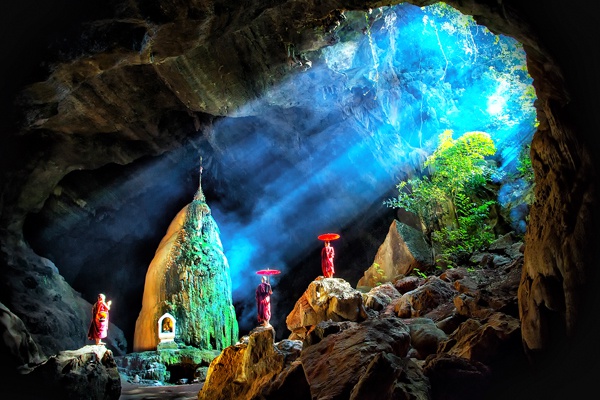 Hpa-An is the capital and largest city of (Karen) Kayin State, Myanmar. Situated at the foot of Zwekabin Hill, which has a very unusual shape, once seen, is not easily forgotten. Most of the people in Hpa-An are of the Karen ethnic group. Picturesque views, wonderful caves, lakes, mountains and the laid back atmosphere are the highlights of the area. 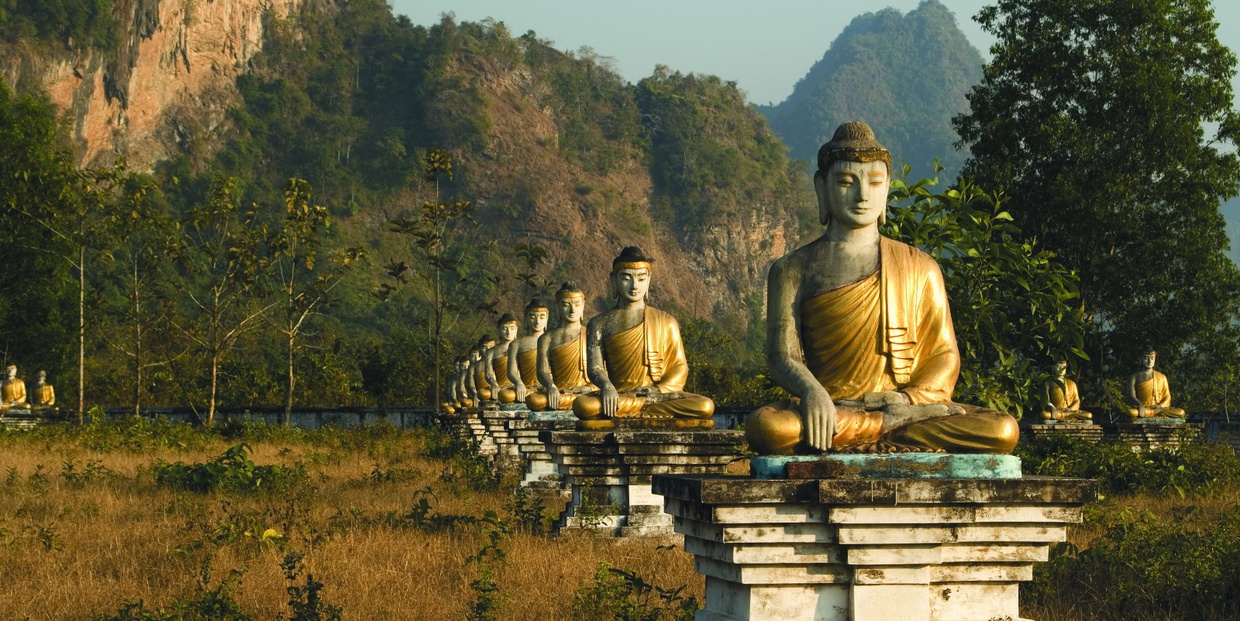 Mawlamyine is the capital city of Mon state and the fourth largest city of Myanmar, lies on the mouth of Thanlwin River. It was colonial city port for teak export. Many old colonial building still remain along the quiet streets. A beautiful river trip from Hpa-An to Bi-Lu Island can be done. There are many ancient Pagodas on the slopes of hill range in the city. One of the main interesting place is Thanbyuzayat War Cemetery where Allied prisoners of World War 11's died while building the infamous Death Railway line that cross into Thailand from the Bridge on river Kway. The Caves of Kawgoon and Payon, famous for its countless Buddha images, stalagmites and stalactites are near the city. 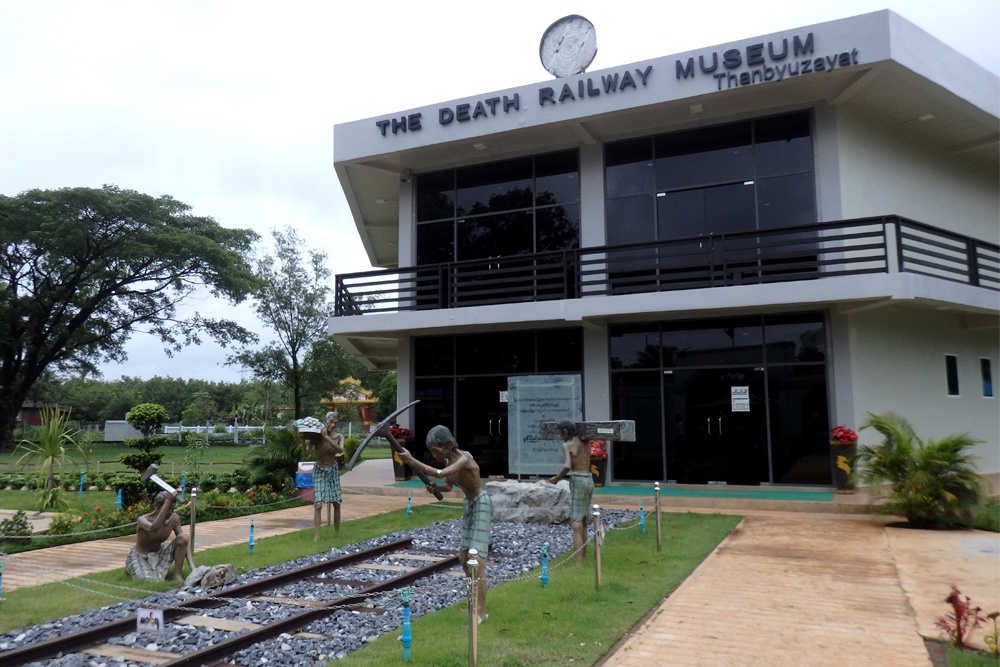 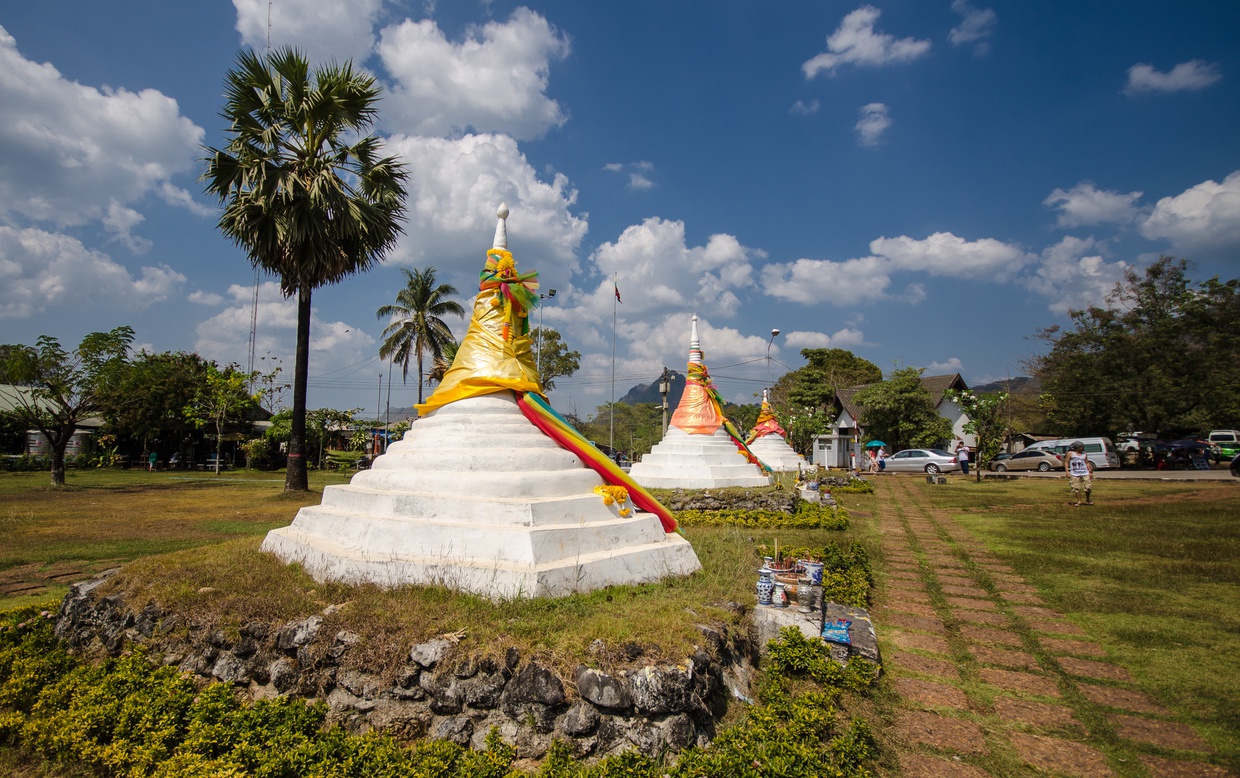 It is one of the Myanmar-Thai border check-point is 470 km by road from Yangon. Now we can cross the border with the permit to proceed to the other parts of Myanmar. The self-driving trips, caravan trips, etc., are now under project. Wat Suwankhiri, Kloeng Thaw Falls, located 12 km from the border, etc., are the highlights of Payathonzu.