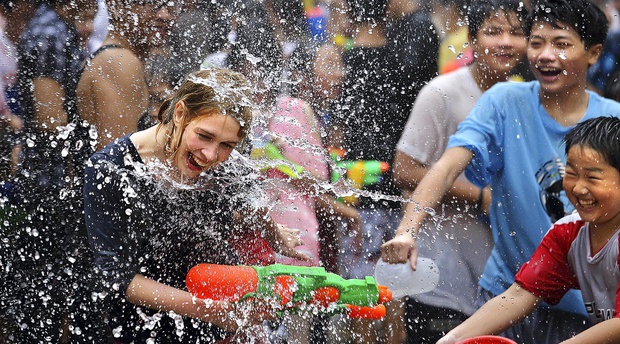 Place : THINGYAN is celebrated throughout the country, but the ‘biggest’ action is in Yangon and Mandalay.

The Water Festival is the New Year's celebrations that take place in Southeast Asian nations such as Cambodia, Laos, Myanmar, and Thailand as well as among the Dai people of China. This festival usually occurs in middle of April. The act of pouring water is also a show of cleansings, blessings and good wishes.
This festival, THINGYAN called in Myanmar is public holiday, from 13 April to 17 April in 2019. The period of holidays are the most important and the biggest festival in Myanmar. Thingyan allows people to celebrate the Burmese New Year. Thingyan is a time for happiness and friendly attitudes.

Padauk (Pterocarpus macrocarpus) blooms only once a year around Thingyan with first rain shower.

During the Thingyan Festival, festival foods are also the most important for Myanmar. MONT-LONE-YAY-PAW, MONT-LAT-SAUNG and SHWE-YIN-AYE (assorted jelly, bread and sticky rice in coconut milk or watered down jaggery caramel sauce) are favourite Thingyan desserts/sweet snacks. MONT-LAT-SAUNG only has one type of jelly, and no bread or sticky rice. Depending on the area, you might get different colours of jelly – either green or white – and the sauces will be different too. A time-honoured tradition is MONT-LONE-YAY-PAW, glutinous rice balls with jiggery (palm sugar) inside thrown into boiling water in a huge work. Young men and women help in making it and all are welcome.

Many people in Myanmar celebrate Thingyan Eve by visiting a Buddhist temple. When visiting these temples, it is considered proper to leave an offering of green coconuts and bananas. These kinds of offerings usually consist of a single green coconut surrounded by a circle of bananas. Myanmar people will also wash Buddha statues with sacred water that has been scented with flower extract. When washing Buddha statues, people start at the top by drizzling water over the head. Thingyan (A-KHA-DWIN) is a favourite time for SHINBYU Novitiation Ceremonies for boys – when they join the monks (SANGHA) and spend a short time in a monastery.

In Myanmar, the first day of the festival is called A-KYO-NAE and is the start of a variety of religious activities. On A-KYO-NAE, THAGYA MIN (Sakra, Lord of the Devas) makes his descent from the heavens to earth. At a given signal, people come out with scented water in a silver bowl is sprinkled using sprigs of THABYAY, then pour the water onto the ground with a prayer. During the Thingyan Festival, people pour water over one another and children use water pistols to drench their friends, relatives, and anyone else in range - only monks and the elderly are safe. When night falls on Thingyan Eve the fun begins in anticipation of the water festival. Festively names stages (MANDAT) made from bamboo, wood and beautifully decorated paper. Local women sing and dance in chorus lines uniformly dressed in traditional outfits. Most girls wear fragrant THANAKA and sweet-scented yellow PADAUK blossoms in their hairs.

The second day is known as A-KYA-NAE. On A-KYA-NAE, the water throwing might have already started. Large crowds of revellers, on foot, bicycles and motorbikes, and in trucks, will do the rounds of all the MANDAT, some making their own music. PWE (performances), orchestras, YEIN dance troupes, comedians, film stars and singers including modern pop groups are common place.

The soaking lasts three/four days until the end of A-TET-NAE(Last day) when THAGYA MIN (Sakra, Lord of the Devas) returns to the heavens. As the day ends it is common to throw your last drops of water exclaiming – “THAGYA MIN left his pipe and has come back for it”.

After the Thingyan Festival, New Year’s Day is coming. People are going to pagodas and monasteries, offering food and aims to monks, paying respect to parents, teachers and elders, setting free fish and cattle and so on. And also people offer food donations called (SATUDITHA) at various places. They typically provide free food to those participating in the New Year's celebrations.

If you are in Myanmar during Thingyan, prepare to get wet. Everyone is likely to get soaking as people roam around with buckets of water or hose, spraying water on anyone they can. This tradition originates from the custom of washing away the bad luck and misfortune of the previous year, entering the New Year cleansed from the past. 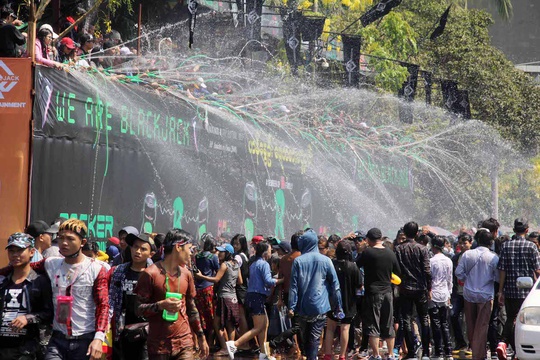 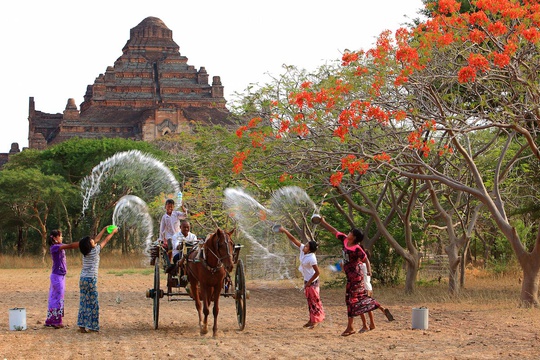 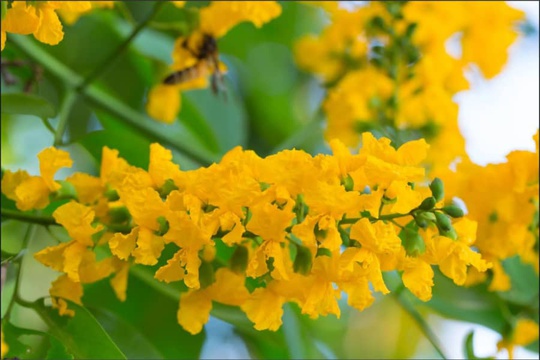 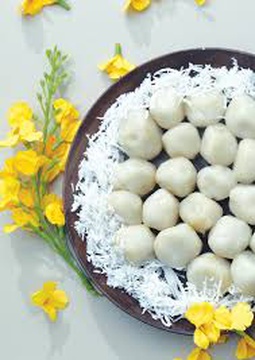