Kachin State is a beautiful state located northern of Myanmar and is adorned by the King of mountains, the Himalayas. Myitkyina is the capital of the State. It is bordered by China to the north and east; Shan State to the south and Sagaing Region and India to the west. Kachin is also home to the largest inland lake of Southeast Asia – Indawgyi Lake and the birthplace of Irrawaddy River. The State is also famous for the abundance of jade and gold, its ice-capped mountains, rich of flora & fauna and fascinating natural phenomena. 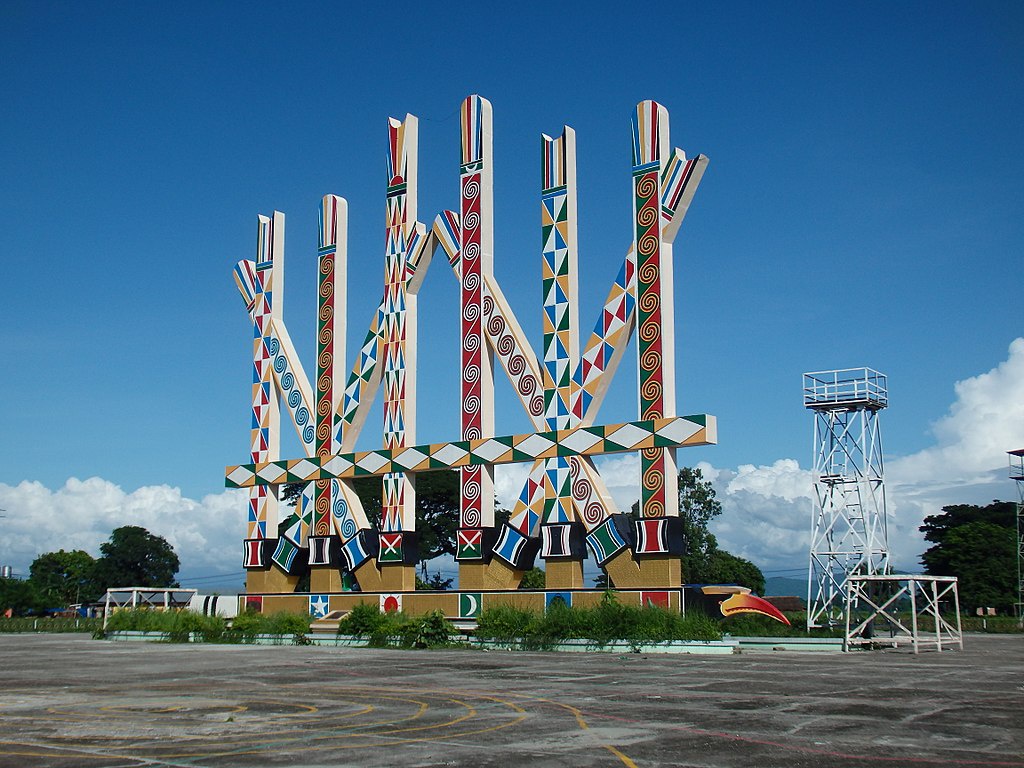 Myitkyina is the capital and centrally located in the Kachin State. In Burmese it means ‘near the big river. It is the northern most railway terminal, 919 miles from Yangon and 487 miles from Mandalay. It is renowned for its cultural, religious and ethnic diversity, attractive riverside or surrounds areas. It is home to Myit Sone, the confluence of May Kha and Mali Kha Rivers, which then become the mighty Irrawaddy River. The water over here is crystal clear.

Myitsone, the scenic confluence of May Kha and Mali Kha Rivers which join from the Irrawaddy River. The journey takes about one and a half hours and the road passes through breathtakingly scenic parts of Myanmar. 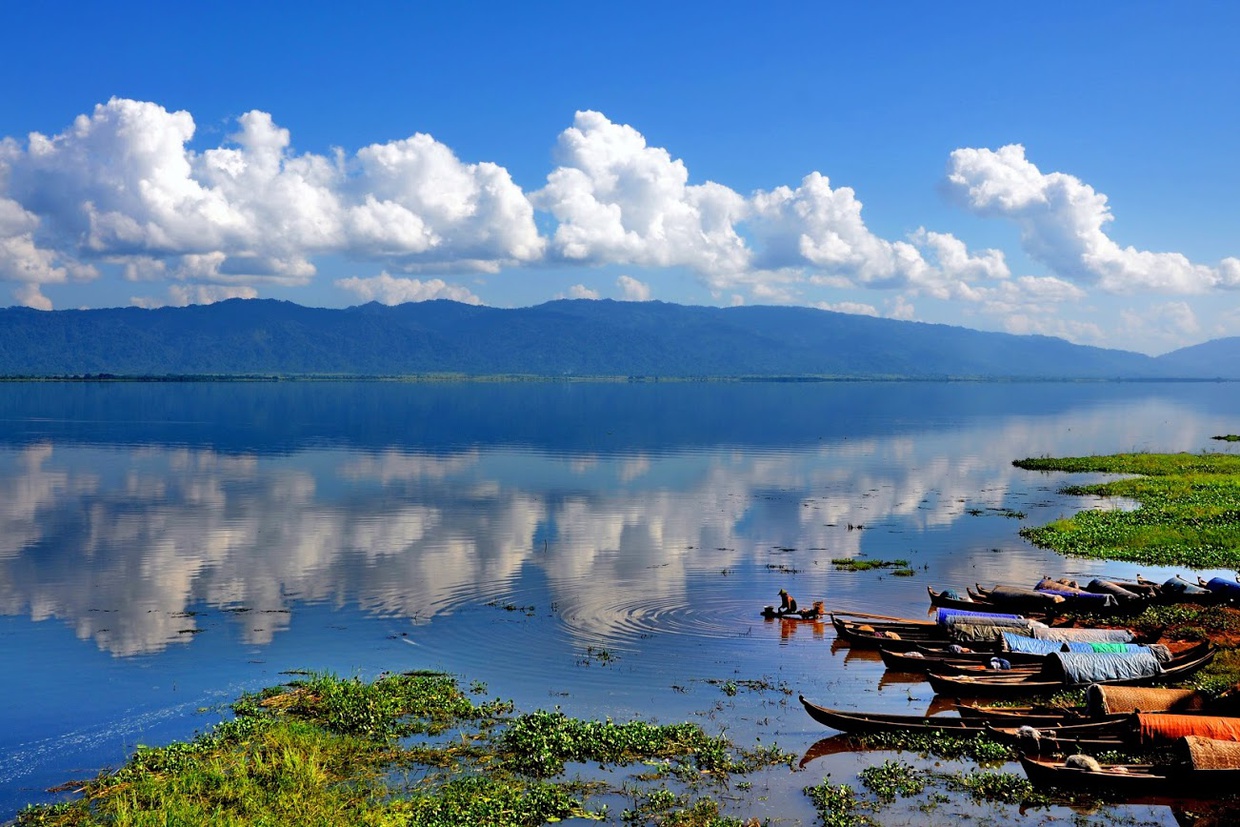 Indawgyi Lake is one of the largest inland lakes in Southeast Asia. It is located in Mohnyin Township in Kachin State, northern part of Myanmar. The lake measures 8 miles (13km) east to west and 15miles (24km) north to south. The lake has a wildlife sanctuary around it which contains a variety of species especially some rare mammals and birds. It was nominated for UNESCO protection in March 2014.

Shwe Myintzu Pagoda is the largest tourist site and it is situated in the middle lake, Indawgyi Region, Mohnyin Township, Kachin State. It is home to one of the four floating pagodas in Myanmar and attracts upwards of 150,000 people yearly to its annual festival. Pagoda festival is held every year in March (from eight waxing day to Thapoung to full-moon day). It is very large festival; people from all over the country come to this festival.

Bhamo is a small scenic city of Kachin State, notable as a stop for boats travelling on the mighty Irrawaddy. It is located in the northern most part of Myanmar. It lies within 65 km of the border with Yunnan Province, China. It is well-known for spectacular river cruises. Further embellishing the city are myriad ancient teak buildings, pagodas and the famed Irrawaddy River. 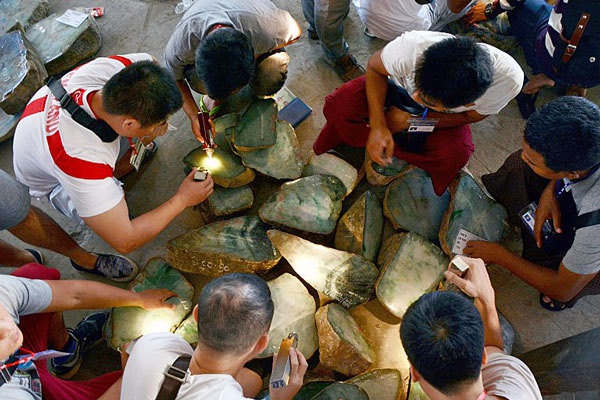 Hpakant is a township of Mohnyin District in the Kachin State, Myanmar. It is famous for its producing jade. Gold panning can be observed along the Uru River. The surrounding areas are totally covered by mountains; summer is only 3 months from the February to the end of April. Rainy season is from May to September and Winter is from October to February. All the businesses depend on the Jade market. Majorities are jade mine workers. All the foodstuff and goods are carried from Mandalay. But this place is prohibited for tourists. 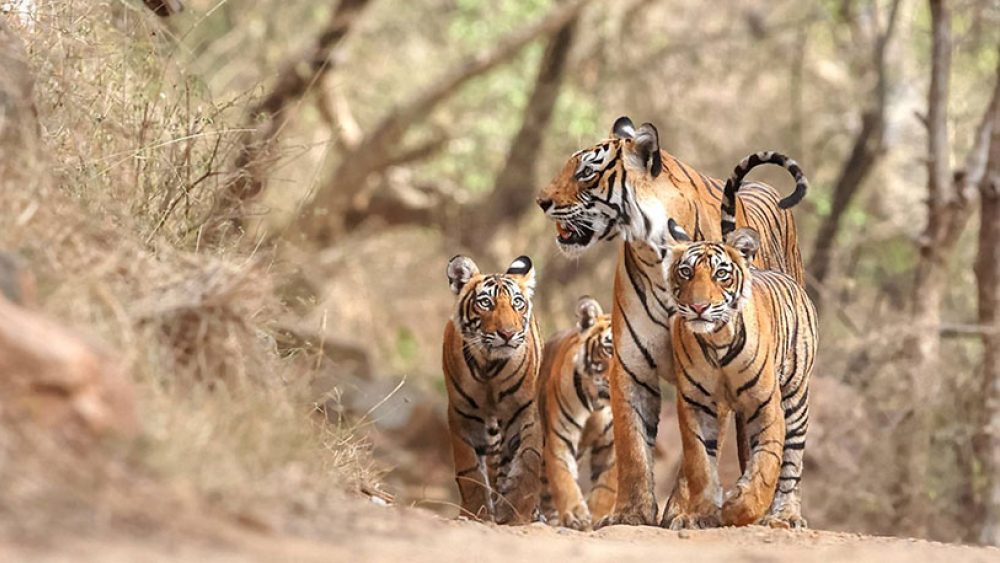 Hukaung Valley Tiger Reserve is a wildlife reserve located in Hukaung Valley, near Tanai in Myitkyina District of Kachin State, North West portion of Myanmar. It is the largest tiger reserve as well as one of the largest protected forest areas in the world. It is the best place to see rare tigers, several species of birds like Rufous-necked Hornbill and other endangered species including leopards, Himalayan bears and elephants. 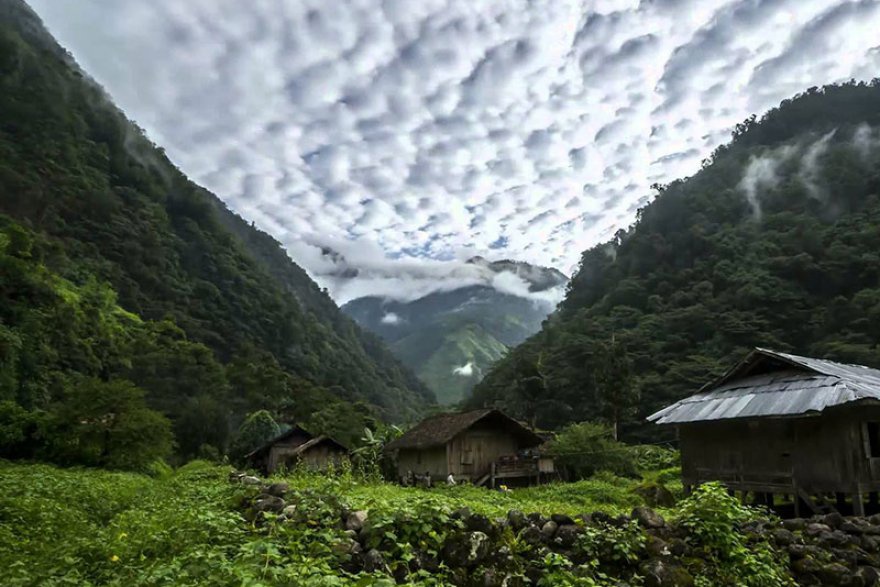 Putao is the northern most town of Kachin State, Myanmar. It is located on the banks of the Namlaung River and surrounded by the foothills of the Himalayas. This is the starting point for some of Myanmar’s most adventurous expeditions and a beautiful introduction to rural Myanmar. The City surrounded with snow peaked mountains and the weather is cold around the year. Flora and Fauna can be seen in the forest around Putao. There are also many different ethnic minority tribes in Kachin State. It is the nearest town to the base camp for climbing Mt. Khakaborazi (5889 meters), which is the highest mountain in Myanmar and in Southeast Asia. 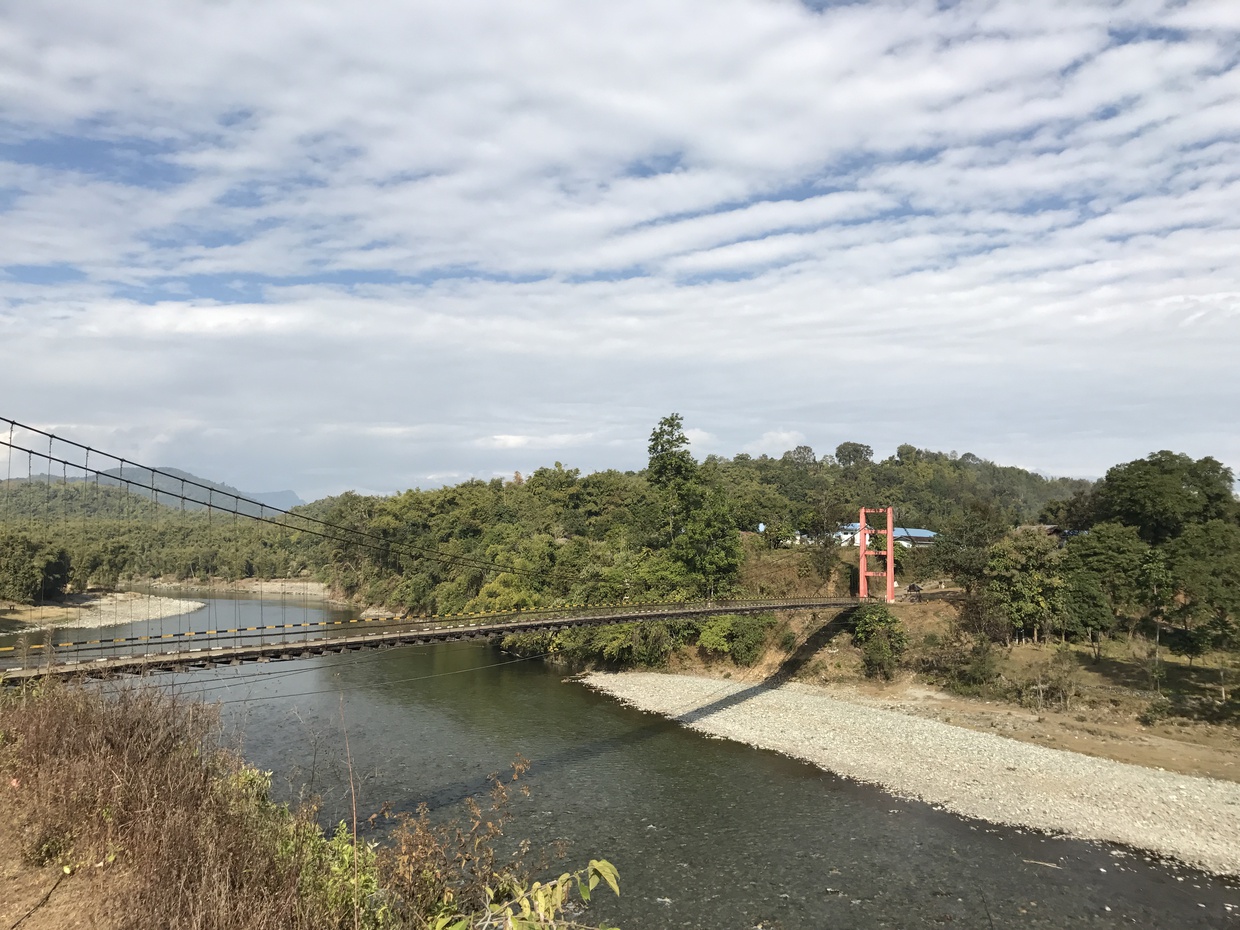 Mulashidi Bridge is one of the places you shouldn’t miss to go, it is located in Lisu Village of Mulashidi. It is famous with its suspension bridge stretching over the crystal clear Malikha River. Meaning in Lisu ‘the village stands in the thatch field along Mula River’. Beautifully set up Lisu village lies 14 km south of Putao connected by 159 meter long suspension bridge and provides a fascinating view to the mountains as a backdrop. 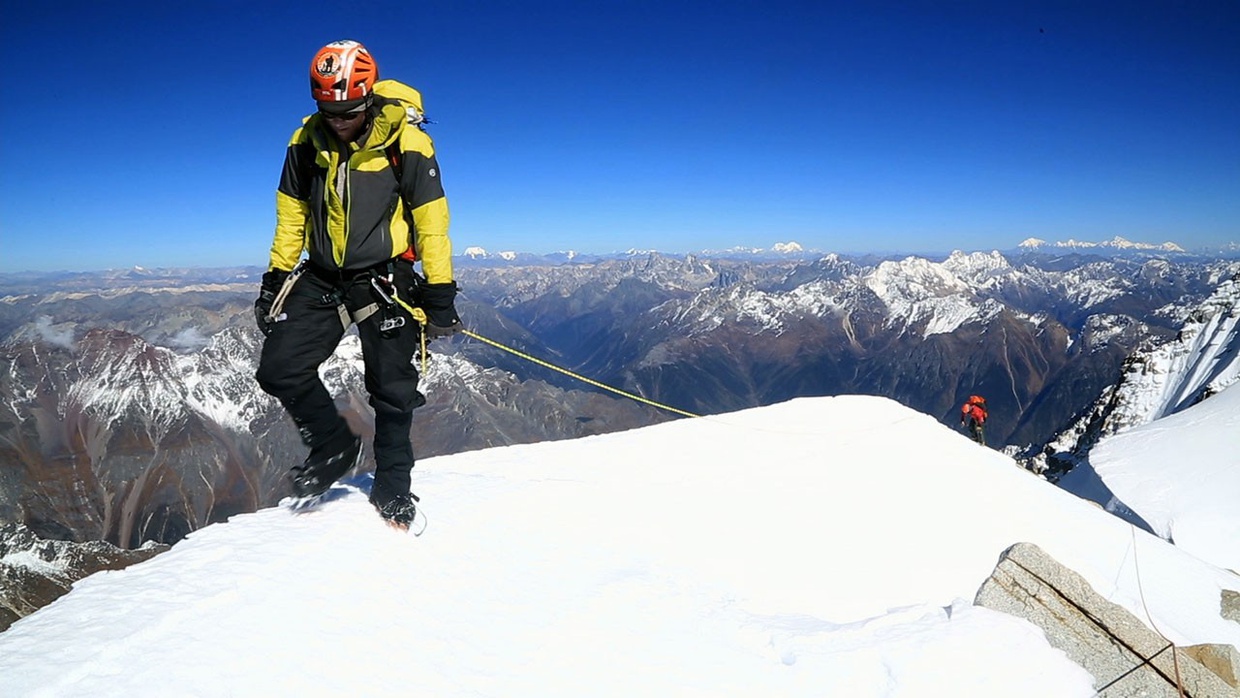 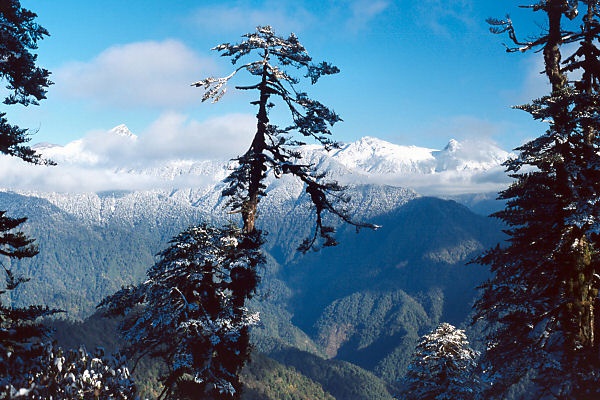