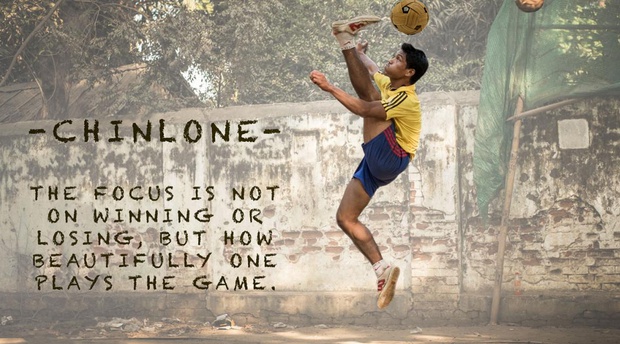 Have you ever wondered how an ancient, non-competitive sport actually happens? Well, in Myanmar, a traditional sport that is more on sole teamwork rather than competition actually exists – that is what Chinlone is.

As you explore the villages in Myanmar, a group of six men tossing around a basket-like ball is a common sight. At a single glance, this game would definitely capture your attention due to its unique setup. You may wonder what that small ball is as it creates a distinct sound while it’s being tossed around. This ball is made from handwoven rattan, and it locally known as Chinlone. It’s a type of sport that’s non-competitive; in a way that all the players work towards one goal – to not let the rattan ball hit the ground. And the fun part? It’s a very fluid game wherein you can use your hands, head, shoulders, legs and knees to creatively pass and toss the ball without touching the ground. With the harmony that comes along the game, it can also be described as a form of art!
The word ‘Chinlone’ means ‘Cane Ball’ in English, Chinlone is a traditional national sport of Myanmar. It has been developed and played by Myanmar nationals since ancient Pyu Era and spread out to other regions through Sumatra and its small islands. Chinlone sport can be played by men, women and children, sometimes together, interchangeably. This ball size is five inches in diameter and is normally made from hand-woven rattan, light to hit and that sounds like a basket when hit. Chinlone had been played for Myanmar royalty as an entertainment since over 1500 years ago. 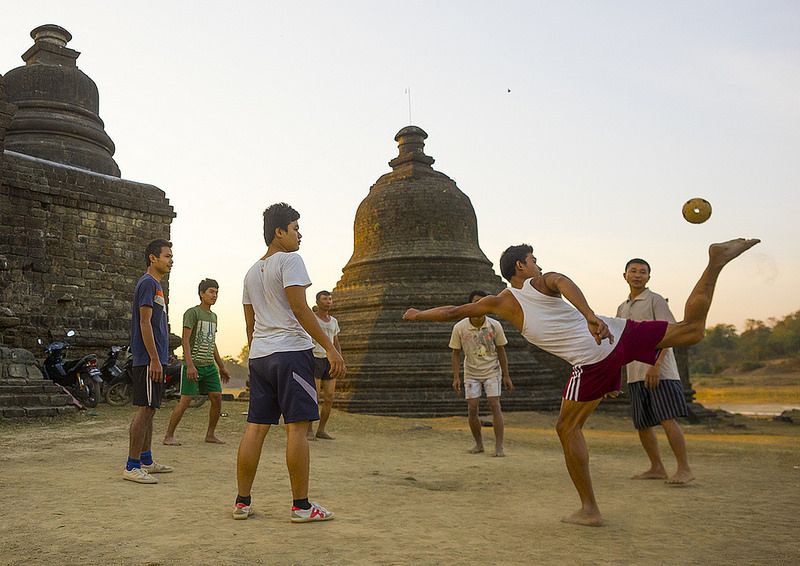 Nowadays, in both Urban and Rural areas play Chinlone sport.  This game consists of five or six players as one team.  It is entirely non-competitive and there isn’t an opposing team, with typically six people playing together as one team, has no focus on winning or losing.  Despite of there being no competition it is still a highly demanding. 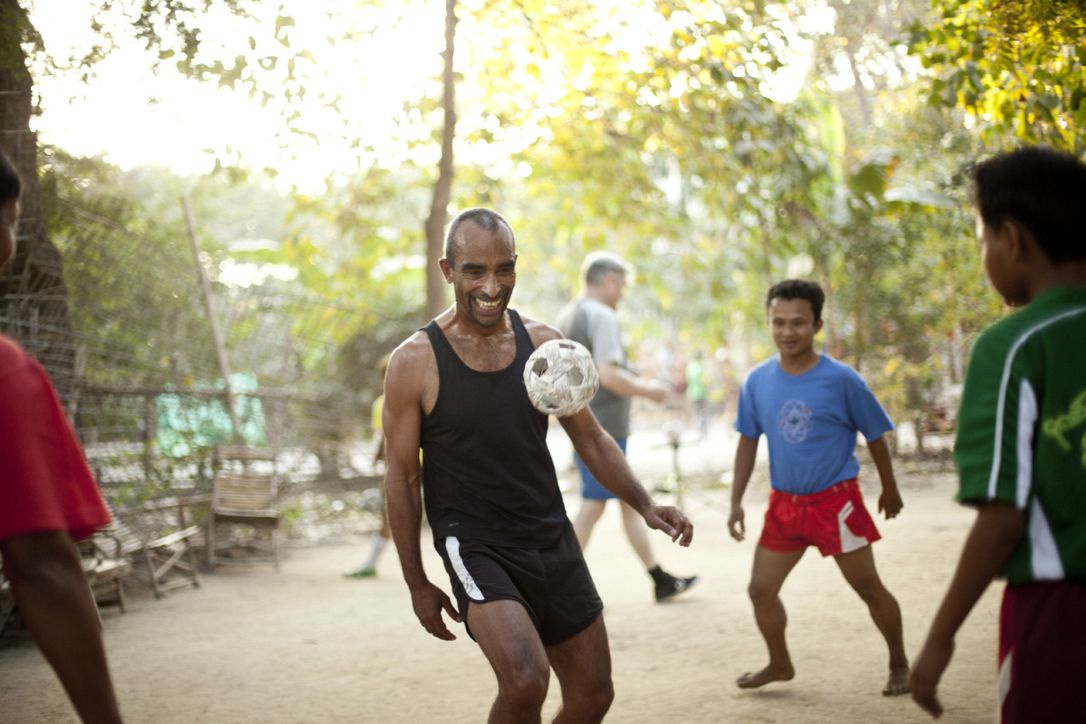 How To Play Chinlon Game

This game is played inside a circle which is usually around 22 feet in diameter and individuals passing the ball in the air by using their legs between each other.  Typically, the hands are not allowed to touch the ball within a circle.  The players are walking while passing the ball with one player in the center of the circle, showing different methods of controlling the ball in the air with some manoeuvres of dancing.  The player in the center is called a soloist and tries his or her best to demonstrate sports and dance moves.

Players use six main points contact with the ball; the top of the toes, the sole of the foot, the instep and outstep of the foot, the heel and the knee.  Play stop once the ball has touched the ground start again as a new round and some of the most difficult of which are performed “blind” with the ball behind your back.  When playing with a traditional orchestra, we can see it like as dancing of a male dancer without delay. 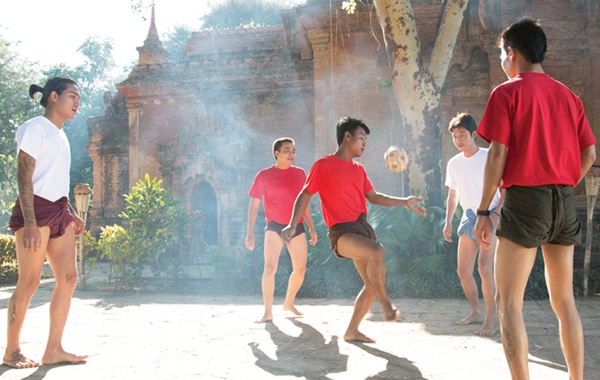 Professionally, teams wear a matching kit of t-shirt and shorts, but there’s no hard and fast rule for what players should wear – many men hitch up their longyi and Burmese monks wear their maroon robes. The ball is very light, so playing barefoot or in special chinlone shoes allows players to sense and feel where the ball is. 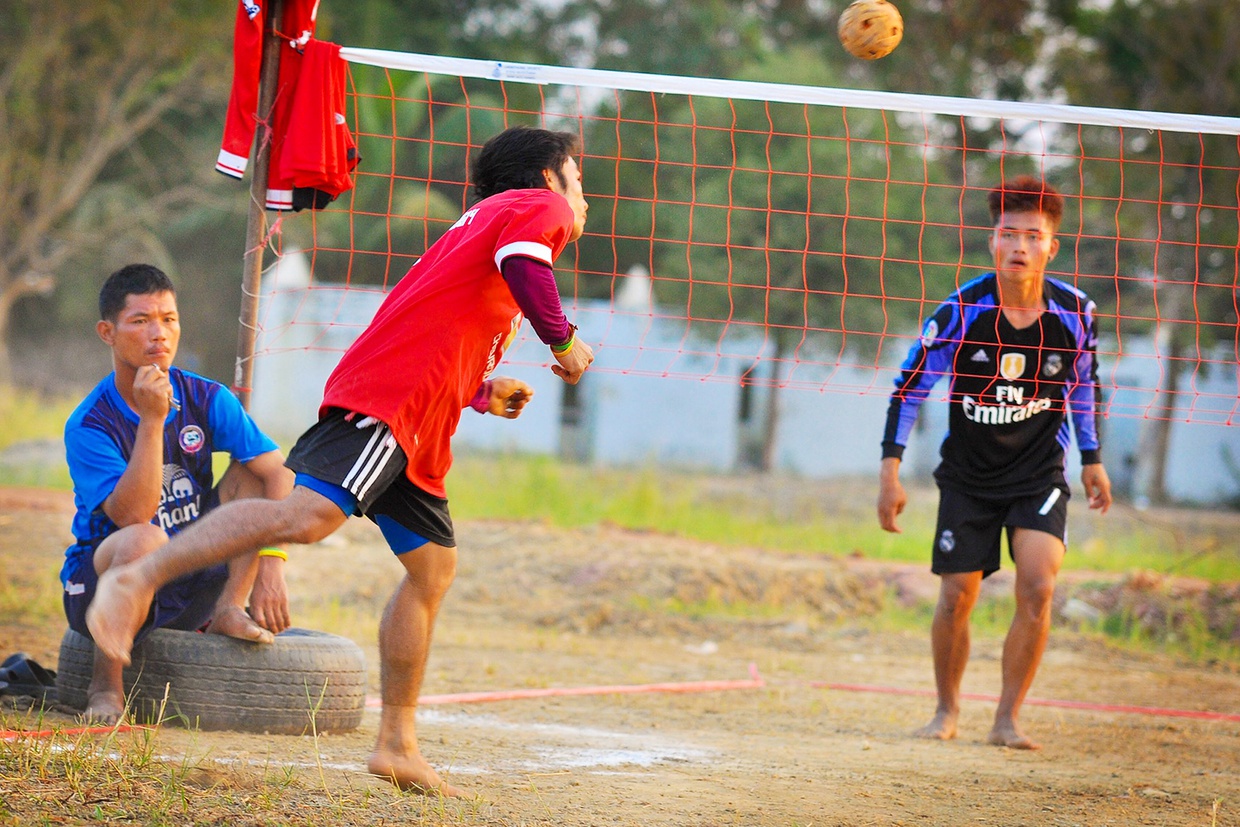 There are three main type of Chin Lone based on each of their difficulty levels and each type has 10 masterful skills. These three types are:

·       Chin Gyi which is the oldest and most difficult skills

·       Khit San or Modern Chin Lone which is simple and as easy as we can see todays.

As this sport is unique to the Burmese culture and is quite authentic to the core, The National Chinlone Federation was established with the goal of inviting amateurs to learn the game and share it to the rest of the world. Chinlone was also officially played in the 2013 SEA Games hosted in Myanmar! True enough, it’s a sport that identifies the Burmese culture; and being a country that significantly pays respect to its roots, Chinlone is still played until our modern times. 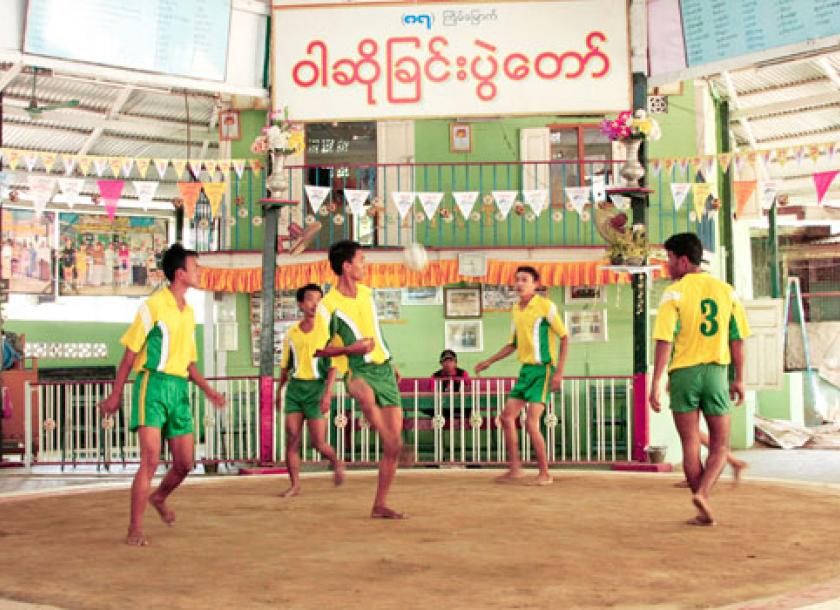 It has become a featured part of the many Buddhist festivals that are held in Myanmar.  At the annual Waso Chinlone Festival held this Chinlone Sport Competition as more competitive form in the small stadium in the grounds of the famous Mahamuni Pagoda in Mandalay.  This Festival takes place for a month around the Full Moon of Waso, usually falls in July every year.  Teams from all over the country travel to Mandalay to perform to live, loud and rhythmic traditional Burmese music at this festival.

Whether you’d like to watch the game or even experience playing it yourself, we will definitely assist you with an itinerary that will allow you to do so!