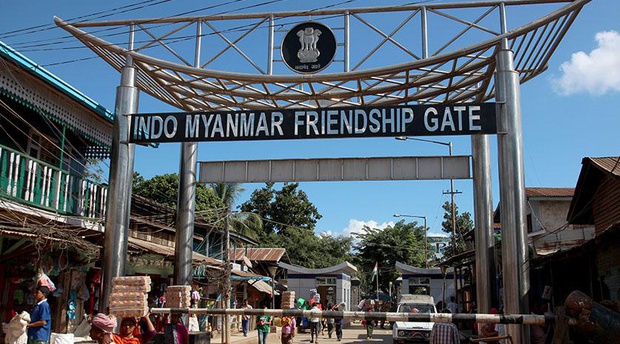 The new two border gates are the Tamu-Moreh in Sagaing Region, which will connect the Myanmar’s town of Tamu to Tengnoupal district of Indian state of Manipur. And the Rih Khaw Dar gate, which is in Phalan District in Chin State and will be connected to India’s Champai District in Mizoram.

This two land border will go a long way toward bringing India and Myanmar closer and have been brought into effect with facilitating travel on both sides. Local residents on both sides of the borders will be allowed to pass through the border gates legally by giving them border-pass tickets.

The residents of two countries will be allowed to go to as far as 16 kilometers from each border line and they will be permitted to stay for 14 days for each trip.
Citizens and tourists from the two countries who have passports and e-visa can also pass through the two borders. Also, Myanmar will allow Indian citizens who hold diplomatic passports or special passports to the country visa-free.

E-Visa holders can also enter Myanmar from these Land Border Checkpoints, between Myanmar and India. The application process and procedures remain the same, and is applicable to Tourist Visa, Tourist Visa (Express) and Business Visa types.