Featured Article by Raini Hamdi, Skift: Myanmar Tourism Gets a Second Chance: Is It Ready for It? 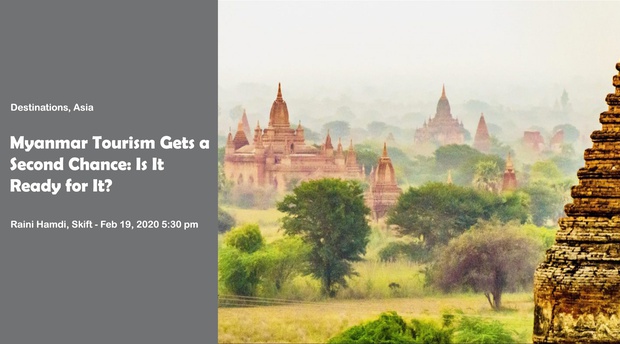 Myanmar is ready for next chance. Thank you ICJ, your judgement send Myanmar Tourism back to track.
Visit Myanmar Year 2020 !
A second wave of tourism is emerging for Myanmar as international attention on its acts of genocide against the Rohingya Muslim minority wanes.

A tsunami of other issues — coronavirus, Brexit, Trump’s impeachment, wildfires in Australia, trade war, climate change — has instead preoccupied the world. Last month’s International Court of Justice ruling on the genocide, though deemed too lenient by commentators in the Asian media generally, has also provided some closure, according to Myanmar tourism players.

Southeast Asia’s second largest country has proven that ethical tourism is a reality and that tourists, particularly Western, don’t need courts in The Hague to mete out rulings. They scuppered Myanmar’s aim to achieve 7.5 million arrivals and revenues of $10.2 billion this year, by refusing to visit in 2018/2019 after thousands of Rohingyas fled the Rakhine state from August 2017 to escape the military’s ethnic cleansing.

In 2018, in the latest available data from Myanmar’s Department of Immigration, there were 3.6 million arrivals spending $1.7 billion, not even a fifth of the 2020 revenue target. The destination was in fact better off in 2016 when it had fewer tourists, 2.9 million, but higher earnings of $2.2 billion due to longer-staying Western visitors

Myanmar’s first tourism wave was from 2003 to 2012, the year it hit the one-millionth visitor milestone. A tourism masterplan for 2013-2020 was then drawn, with technical assistance from the Asian Development Bank and financed by the government of Norway.

Like any tourism masterplan, it charted the strategies, priority projects and activities for Myanmar to achieve the $10.2 billion revenue goal without losing its charm and character. Like any developing country, it did — but the biggest wrecking ball that demolished its charm wasn’t construction cranes but the persecution of the Rohinyas. 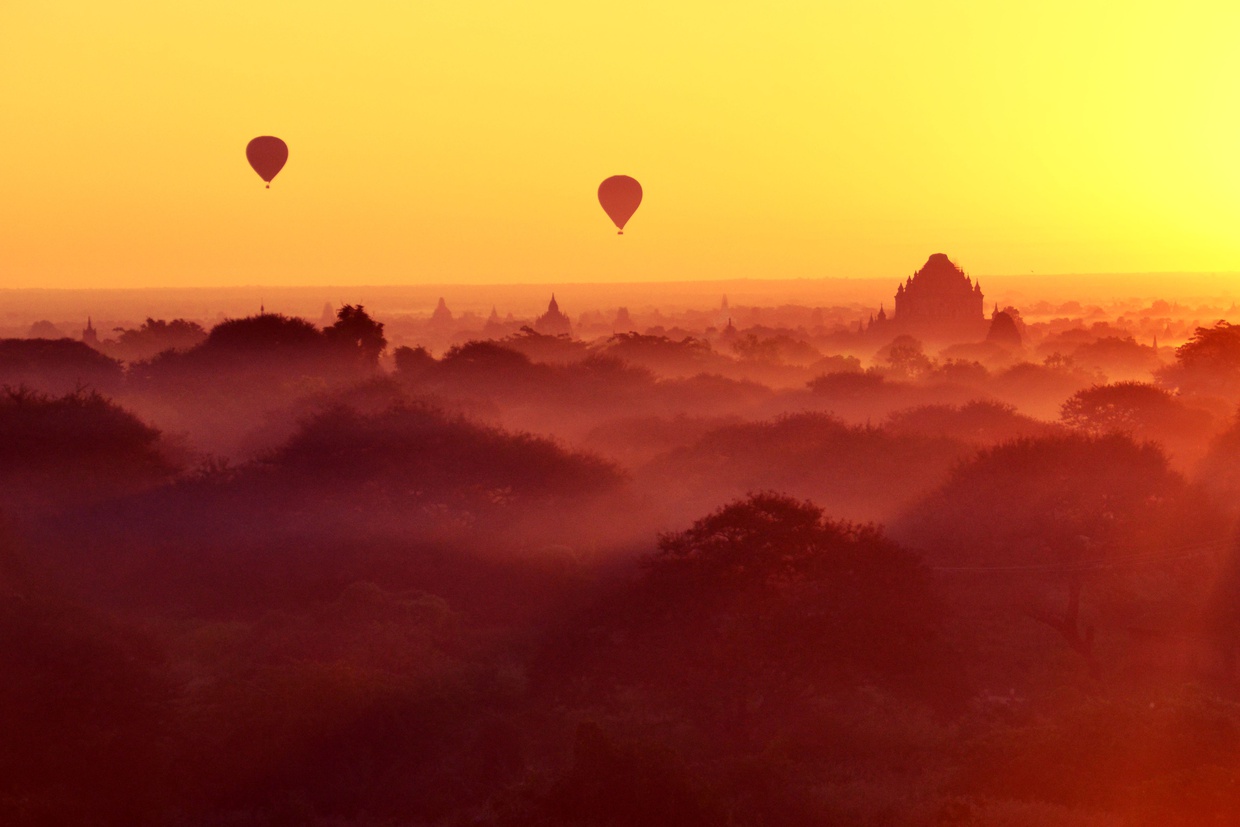 Little wonder that tourism businesses are relieved to see interest returning for Myanmar from the Western markets.

“We foresee an improvement in the next high season [October 2020 to March 2021] now that the ICJ [International Court of Justice] had concluded its findings,” said Jehan Wick, who has been in Myanmar since 1997 and now runs his company, JW Hospitality Management.

“This improved sentiment was [noticed] by most operators since the World Travel Market [in London] in November,” he added.

Khiri Travel Group, an inbound agency handling Western clients in Asia with an office in Myanmar, said bookings rebounded from countries such as the UK, Netherlands, and Scandinavia after the justice court ruling. The court ordered Myanmar to file a report every six months on steps it has taken to protect around 600,000 remaining Rohingyas from genocide and not to destroy any genocide evidence.

While coronavirus is a challenge with some cancellations being recorded, tour operators have their eyes peeled on the longterm prospects of Myanmar being back on tourists’ radar. Diethelm Travel Myanmar’s managing director, Phyoe Wai Yar Zar, expects a 35 percent increase in bookings from France and minimum 20 percent from the UK this year.

The question, however, is whether the destination is prepared for the next wave.

In the first wave, Myanmar was cast in a soft glow as the last frontier of Southeast Asia, a spiritual land of gilded pagodas and of warm, gentle people, with the added romantic notion that tourism might help change a repressive state.

Myanmar could no longer bask in that novelty. Moreover, tourists themselves have changed, their expectations of experiences, products and service delivery higher. Yet, with less tourism income, development in Myanmar has stalled.

“The improvements every owner was planning to implement for their hotels, staff development, et cetera, have been frozen until numbers improve,” said Wick. “Arrivals didn’t decline to an extent where hotels had to be closed, instead, we had to encourage more domestic tourism with incentives and attractive packages.”

The tourism masterplan was laid to waste. “Much was achieved in the early periods following the release of the plan, but circumstances changed so quickly that many of the development markers from that time are not as relevant now,” said John Koldowski, who contributed to the masterplan and is now professor and foreign expert, School of Tourism, Leshan Normal University, Sichuan, China, and special advisor to the CEO, Pacific Asia Travel Association.

To Koldowski, Myanmar’s priority now is service delivery, which can help repair its battered image. In today’s world, Myanmar has to be prepared to deliver the world to tourists, he said.

“Word-of-mouth remains a strong factor [to attract tourists]. If the overall experience is below expectations, if Myanmar gets negative social media reports by those who have been there, it can be very difficult to manage.” 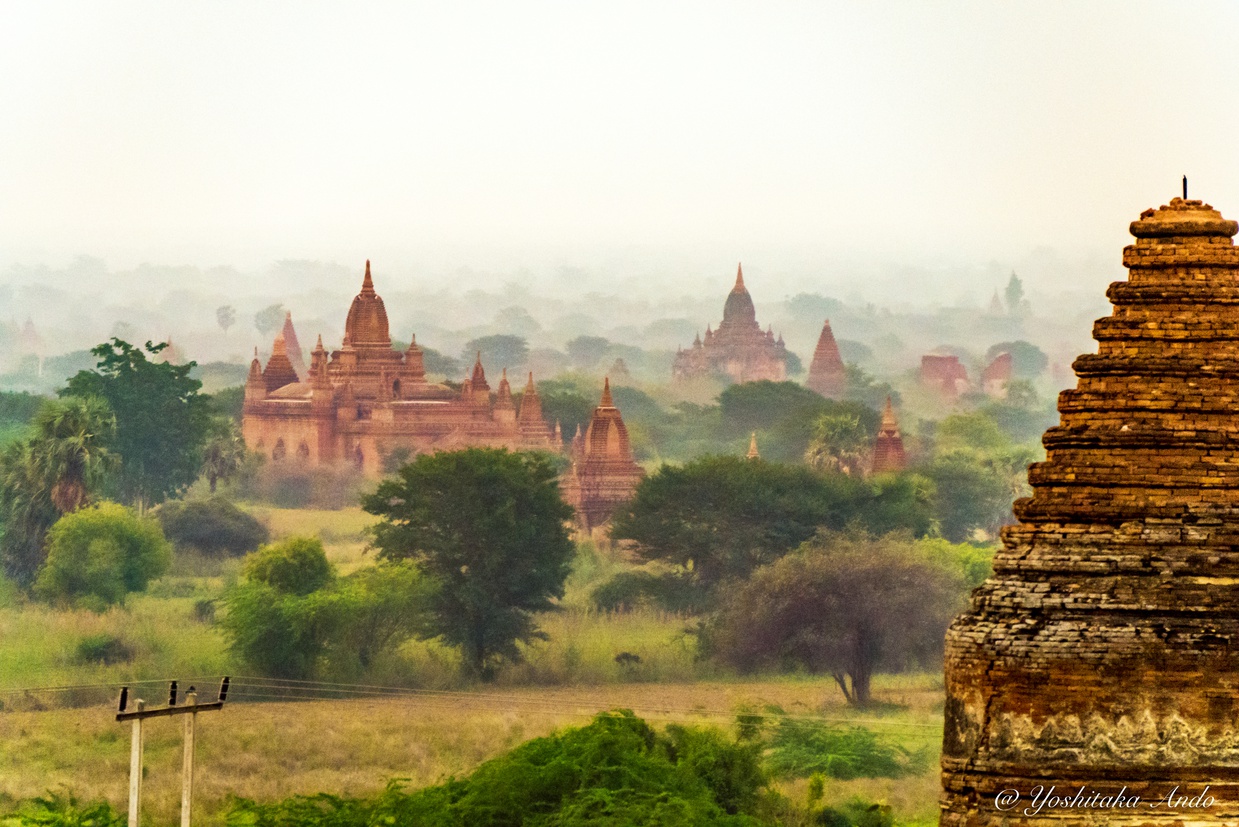 Word also needs to get out that Myanmar has diverse attractions that are in tune to today’s demand for authentic experiences, according to industry players.

“Myanmar is not widely known,” said Diethelm Travel’s Phyoe ruefully. “But those visitors who have been to Myanmar tend to return to explore emerging destinations such as Loikaw, Hpa An and the Mergui Archipelago. These travelers are very good advocates for the destination.

“The sights in Myanmar are definitely not overcrowded. Today, that’s a huge privilege.”

The recent downturn in fact has allowed some entrepreneurs time to reflect and to invest in creating new experiences and accommodations in anticipation of a new wave of travelers.

“In recent years Khiri Travel Myanmar invested time and effort to create new excursions to less developed areas including Salay [town] and the Mon and Kayin states, remoter parts of Inle lake, Samkar and Pekon lakes, and Loikaw. New boutique hotels are also popping up, such as Anavila Bagan, Zwekabin Valley [Resort and Spa] in Hpa An, and Lalay Lodge in Ngapali. There really is the feeling that the second wave is about to start,” said Khiri Travel’s Hoven.

People think Myanmar is limited to temples and little else, he said. “To many people this can be a bit boring. Unfortunately, many tour operators have stuck to the old programs developed during the military regime when tourism was akin to a Buddhist pilgrimage trip.

“We focused on letting clients meet friendly locals, have lunch in a family home, take public transport, interact with professors, former royalties, traditional tattoo artists, boxing champions about local life and their passions. We want clients to return and tell all their friends about the unforgettable experiences, which in turn creates referrals,” said Hoven.

New luxury hotels such as the 205-room Rosewood Yangon, which opened on February 12, and the 88-room Peninsula Yangon, scheduled to be completed by 2021, could drive interest further, especially among well-heeled travelers who enjoy heritage building restorations.

Hilton Hotels is opening its fourth hotel in Myanmar, the 308-room Hilton Times City Yangon, in 2021. Plus, it has two other properties in the pipeline, in Inle Lake and Bagan.

Regional general manager for Singapore, Thailand, Myanmar, Laos and Cambodia, Peter Webster, said there are “good signs,” such as Asian Development Bank’s forecast of 6.6 percent economic growth for Myanmar for 2019, a reported $3.5 billion foreign direct investments in the country as at end of July 2019, and Bagan’s official inscription as a UNESCO World Heritage Site in July last year.

Hilton was one of the first international hotels to enter Myanmar with the opening of Hilton Nay Pyi Taw in 2014, followed by Hilton Ngapali and Hilton Mandalay in 2017.

“Myanmar has not been as affected by COVID-19 [as other Asian neighbors]. We still have high hopes for 2020 and we are excited what the future holds,” he said.

But in the end, it all hinges on political stability and a positive image of Myanmar, said Diethelm Travel’s Phyoe.

“The people of Myanmar suffered the most. Tourism became very important and many people’s incomes depended on it. These people were hit hard, which also meant a step back for the country’s development,” he said.

Hopefully the reality of ethical tourism has sunk in with the powers-that-be in Myanmar, enabling the locals to have a good second chance at tourism.