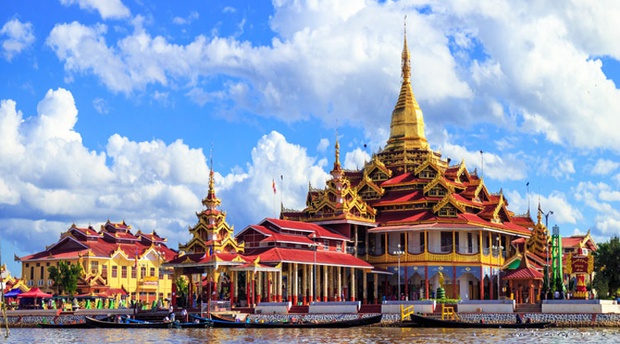 Thousands of colourful tribes around the lake are bringing flowers, fruits packed on the lacquered trays to celebrate and offer to the pagoda. And you can impress Shan dances and martial arts in each special ceremonial boat and hundreds of floating boats from near and far. The highlights of the festival is rowing competitions, about 50 rowers with team standing upright and rowing with an oar attached to one leg that you have never imagine before.

During the festival, in a procession of boats four of the five images of the Buddha are removed from their shrine in the Phaung Daw Oo pagoda and placed on the Royal Karaweik barge. At the front of the boat is the large gilded head of a Karaweik bird; at the back is the gilded tail of the mythological bird. The four images of the Buddha are kept in an ornate pavilion topped with three multi-tiered Burmese Style Pyatthat roofs in the center of the boat. The barge is towed by long boats manned by up to a hundred leg rowers in colorful costumes. The Royal barge stops at 14 villages around Inle lake, where the images stay in the main monastery for one night.

Until the mid – 1960’s all five images of the Buddha were carried around the lake on the Karaweik barge. In 1965 one of the images got lost when the boat carrying them capsized and the images fell into the lake. People dived into the water and managed to recover four of them, but the 5th remained lost. Finally they gave up their search and returned to the Phaung Daw Oo Pagoda. Back in the pagoda, they found the lost image miraculously back in its shrine. Since then, only four of the images are carried around the lake, the 5th one remaining in the pagoda.

During the festival, each village greets the four images with vivid fanfare, celebrating every moment of the one – night stopover of the barge. Shan dances and martial arts in each special ceremonial boat. Rowing competitions are the highlights of the festival, the rowers standing upright and rowing with an oar attached to one leg. They representing with team various villages around the lake use their skills and strength to win races which can witness up close from boat. Finally, the images arrive in the main town of Nyaung Shwe, where most pilgrims from near and far on hundreds of floating boats come to pay their respects and veneration.

Besides the Phaung Daw Oo Pagoda, the Indein Village, Nga Phe Kyaung Monastery and floating villages are also famous spots in Inle Lake region. Inle lake is worth the visit to take the time to see the Intha living in the most beautiful natural lake environment. 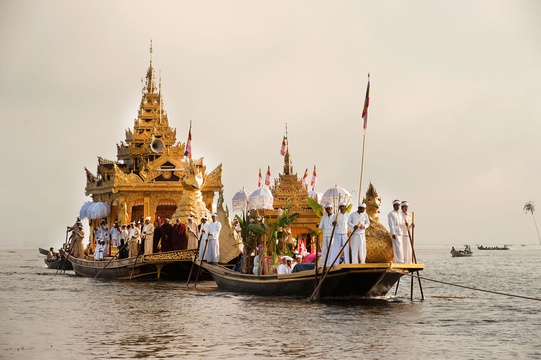 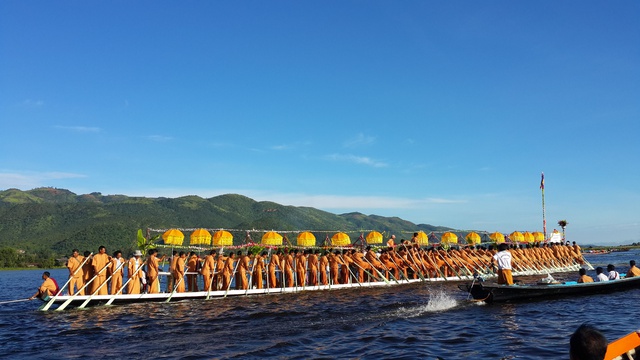 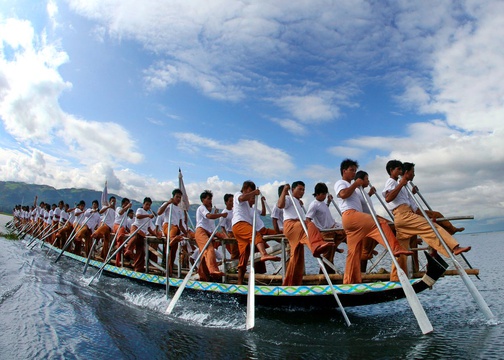 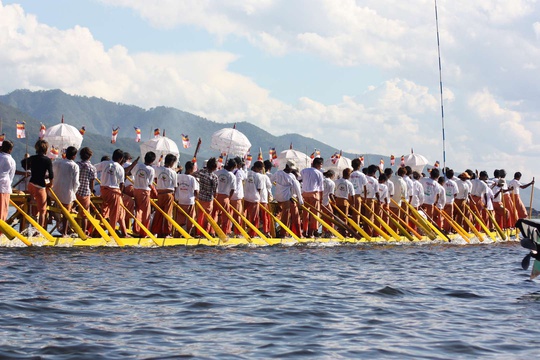 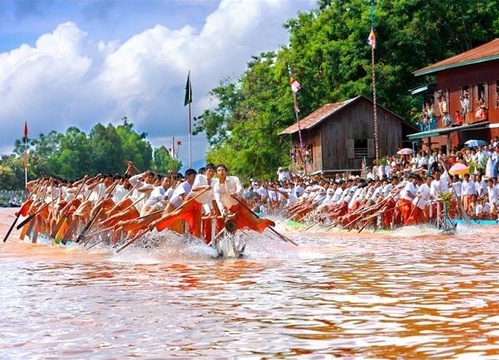 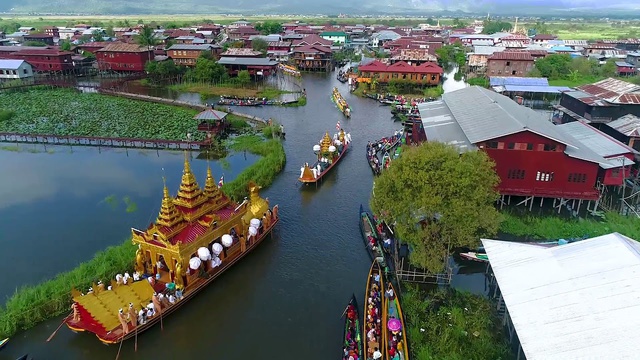 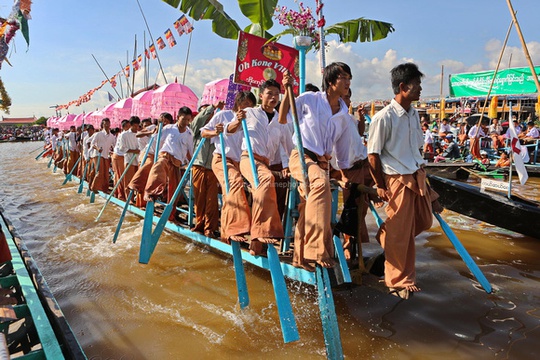 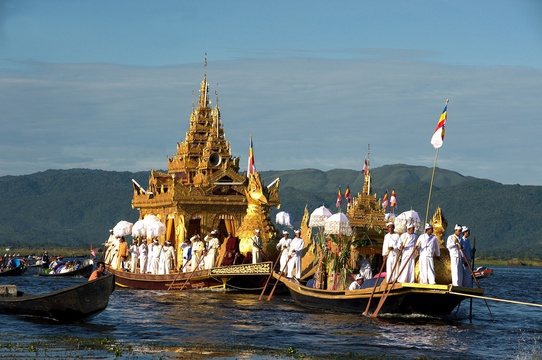 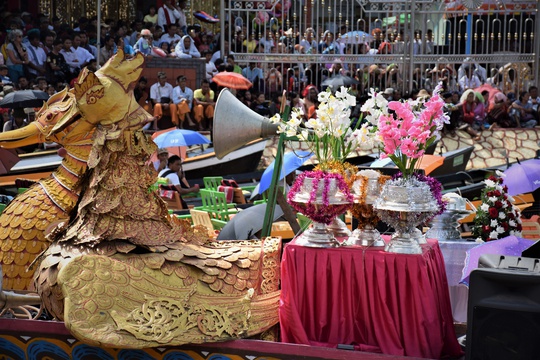 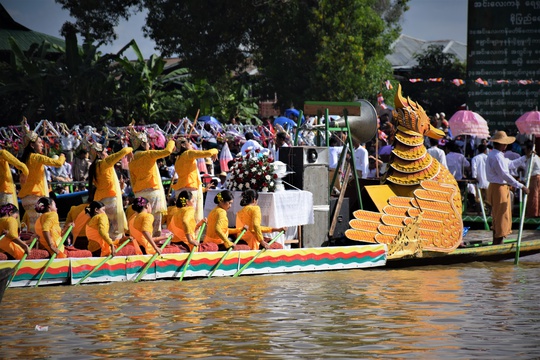 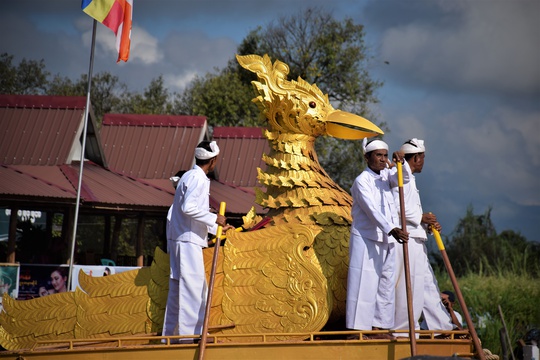 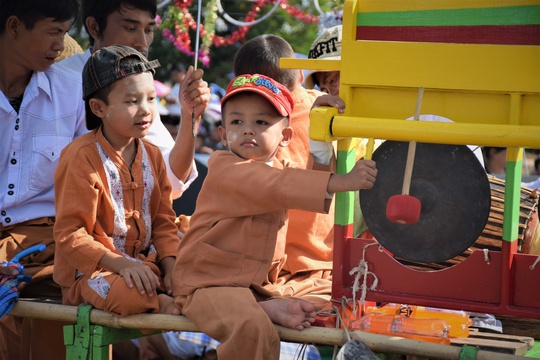 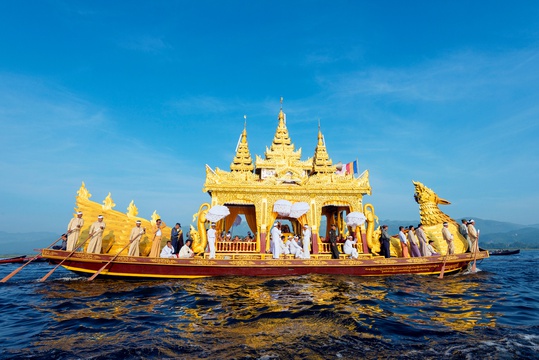 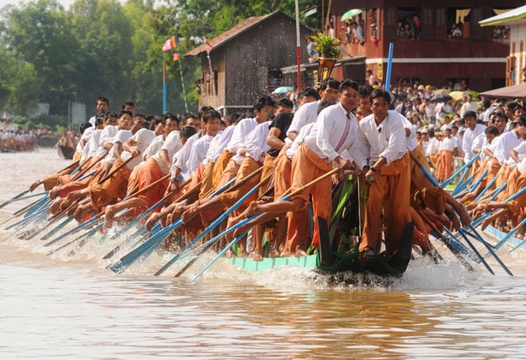 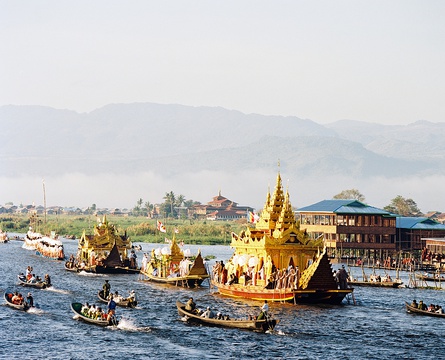