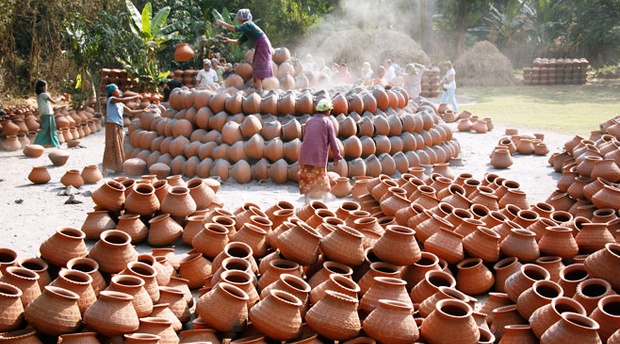 This village makes water pots that you see in use all over Myanmar. The whole village is involved in making the pots in which a wonderful finish with a lot hard manual work. Everyday living in these villages is hard work. Get Excellent Experience, by walking through the village and learning step by step how the villagers produce their pottery in a traditional way with this our amazing tour. 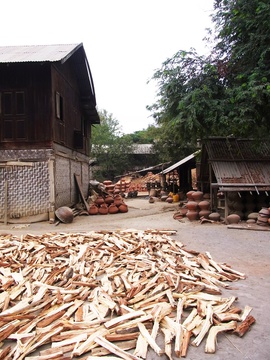 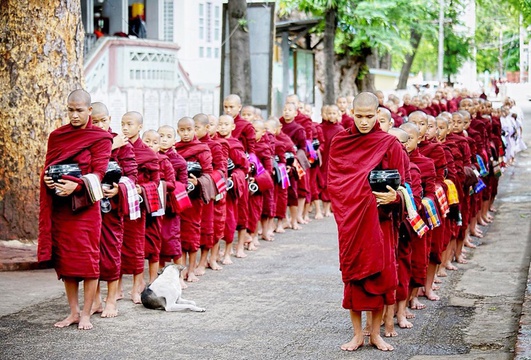 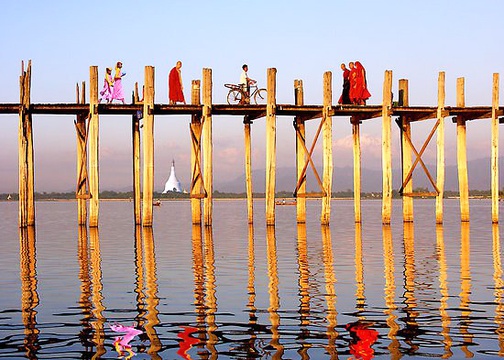 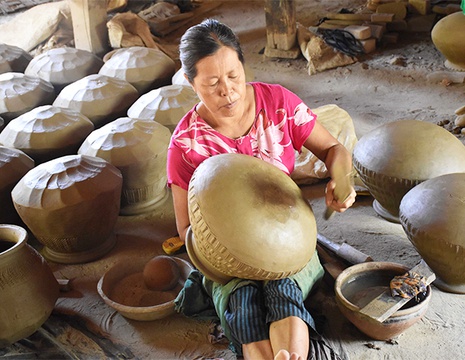 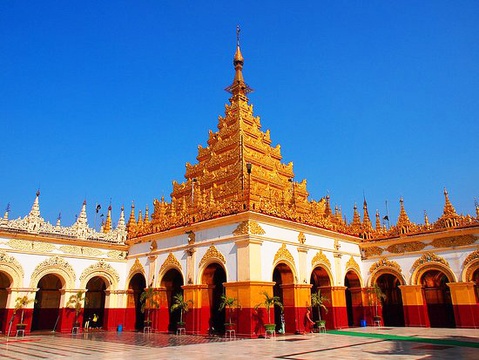 In the Early Morning, drive to Yandabo Village (110 Km, about 3 hours) through Myingyan Small Town. Yandabo is a village on the Ayarwaddy River in central Myanmar, where The Treaty of Yandabo (which ended the First Anglo-Burmese War) was signed on 24th of February 1826. It is also a well known destination for the pottery making ability of its habitants: when visiting the village the guests will be able to see pots like the ones in this picture made out of the river bank clay. For Yandabo villagers pottery making is also fundamental to store water and food supplies and for this reason one person can make from 30 up to 70 pots.

Upon arrival, check in at Yandabo Home, overlooking the shores of the Ayarwaddy River, nestles among the local houses of the charming Yandabo village. Lunch at hotel restaurant, with its marvelous wooden deck overlooking the river.

Afternoon, visit ashore for a walk  to seeing the pottery making process at various stages. Yandabo, historically recognized for the signing of the Yandabo Treaty which took place under a tree on the riverbank in 1826 between the British and Royal Burmese House- hold of Ava. After, visit the school and the monastery. Enjoy sunset time by walking along the river bank of Ayarwaddy River.

After breakfast in the early morning, drive to Mandalay (106 Km – around 3 hours). Arrive Mandalay, drive to visit MAHAGANDAYON MONASTERY where more than a thousand monks live and study. Time permitting you will have the opportunity to observe the monks having their last meal of the day in total silence. Continue to 200-year-old U BEIN teak bridge, built in 1782 during the era when Amarapura was the Royal capital. Then, visit also one of the most revered religious monuments of Myanmar, the MAHAMUNI PAGODA. Mandalay is well-known for its skilled craftsmen and, while touring traditional workshops, learns more about the city’s cottage industries. Observe the production of wood carvings, kalaga tapestries, and gold-leaf, where the techniques remained unchanged from those used centuries ago to craft items for the Royal Court.

In the afternoon, experience the sights and sounds of Mandalay including the GOLDEN PALACE MONASTERY, the only Royal Palace building to survive World War II bombing. This grand teakwood building is known for its exquisite woodcarving. Next is the KUTHODAW PAGODA, whose 729 marble stone slabs of Buddhist scriptures have earned it the title being home to the ‘World’s Biggest Book’. Then proceed to MANDALAY HILL for sunset. If time permit, visit Shwe Kyin Monastery to observe student monks start their evening prayers and end of your sightseeing.